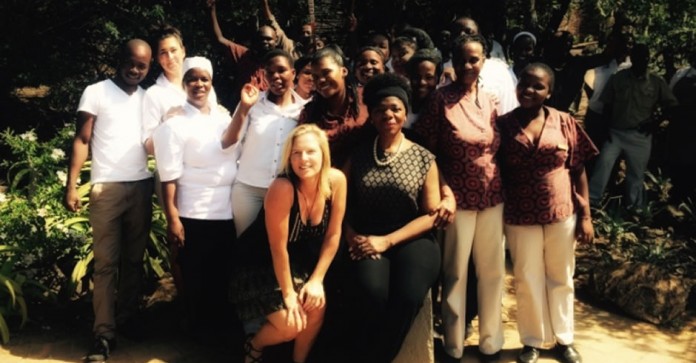 The rhino of South Africa just got a new hero in their corner – South Africa’s popular and much trusted Public Protector, Advocate Thuli Madonsela – thanks to the passionate persistence of Jamie Joseph, founder of Saving the Wild, which connects conservationists engaged in Africa’s poaching crisis.

Jamie, who has been working full-time on the rhino poaching crisis for years, announced this afternoon that the Public Protector has decided to conduct a preliminary investigation into her case regarding corruption.

In a post on her blog Jamie asked followers to “please share this breaking news. #ConvictGwalaRhinoKingpin #2016YearOfTheRhino #ThuliMadonsela” and said: “I have a lot more to say, but right now I am just very grateful that we made it this far. And so I am going to step away from the drama and enjoy the day at Phinda, my most precious wild wonderland.

“A huge heartfelt thanks to everyone out there that shared the stories and fought for justice against all odds. This is only the beginning. Let us be relentless.”

Jamie was joined in Phinda by Madonsela who also tweeted photos this afternoon, thanking Phinda for “a super awesome working weekend” and the game lodge staff for “the awesome song and dance send off”, adding that “the Save the Rhino song touched my heart”.

In a recent post on Virgin’s site, Jamie revealed that she was only introduced to Phinda in January, when she was shadowing the Sharks rugby team’s mission to make 2016 the Year of the Rhino. She said until then “the appalling corruption and lack of political will in South Africa has often left me feeling crippled with despair”…but discovering Phinda she said, was “like landing on a pile of Christmas!”

She says Phinda have “lost only a handful of rhino to poaching since the crisis began in 2006 because they worked out a long time ago that you cannot save the wild without saving the people first”.

Jamie’s supporters have watched her fight tirelessly against the corruption she has seen and in the last 24 hours she posted the following message on Facebook, letting people know some good news could be on the way… After today’s announcement, congratulatory messages have been pouring in. One said “so proud of Jamie Joseph in convincing the public protector to kick off an investigation into #‎rhino #‎poaching #‎corruption… The #‎KZN #‎judicial system and the #‎magistrates involved in letting poachers and poaching kingpins lightly are just as guilty as squeezing the trigger.”

On Jamie’s post today, she has published a collection of ‘saving the wild’ interviews and frontline assignments to show the journey that has been taken and what she and other supporters are fighting for.

View the full post and journey on SavingTheWild.com here.