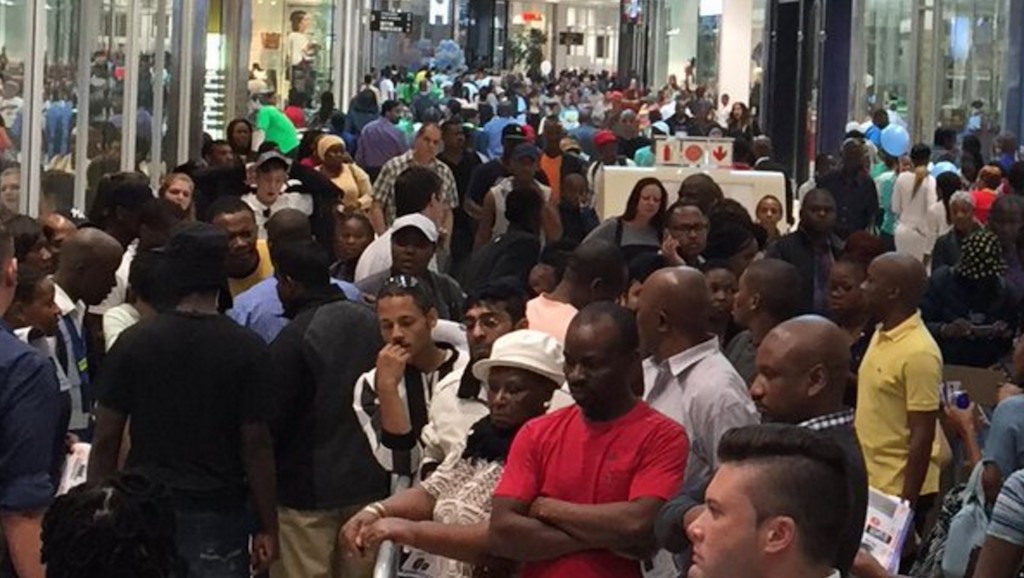 The much-hyped Mall of Africa opened its doors on Thursday, and the traffic began before the crowds started flooding in – and neither had not eased off by midday.

“It’s 12:48pm and they decided to close the entrance to the mall. They are making a KILLING today! #MallOfAfrica,” @zowie_jean tweeted.

The 300-store mall in the new Waterfall development, near Midrand between Johannesburg and Pretoria, is the biggest built in one phase. Others in the country might be bigger, but they have been added onto over the years. The R5 billion shopping centre has international brands opening their first stores in South Africa, such as Armani Exchange, the country’s second Starbucks, as well as free wi-fi access inside its walls.

Like with any opening, there were plenty of free things being given away, but, as one Tweeter commented, most of the people weren’t buying but just walking around filling the place.