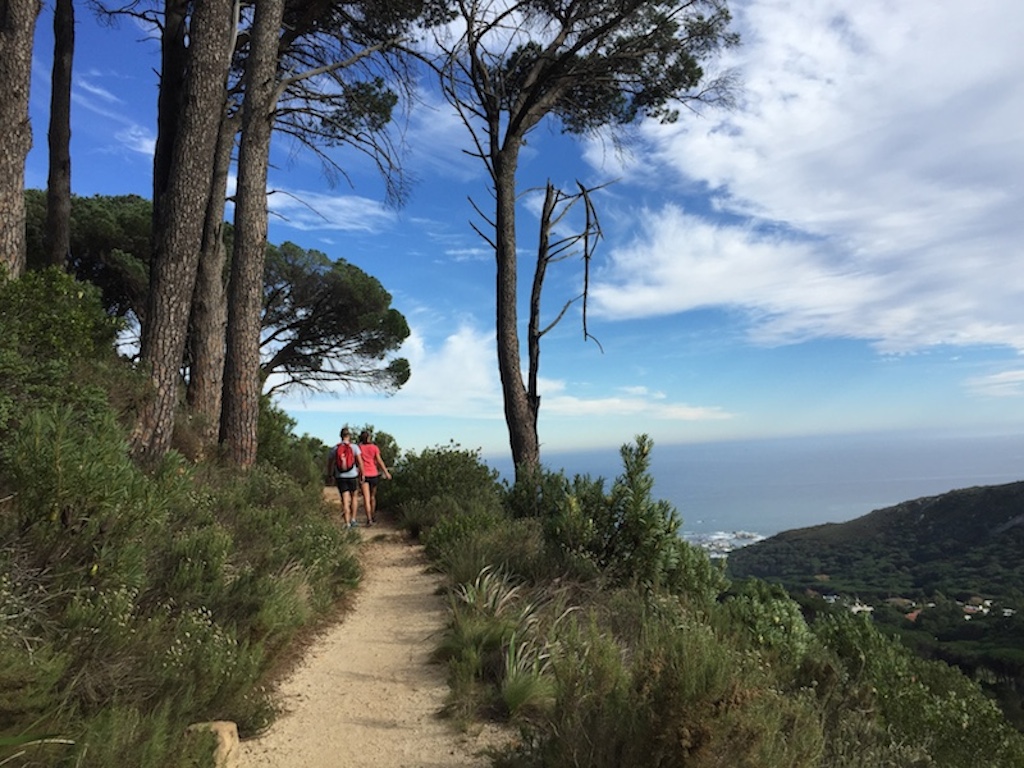 Few cities in the world have a hike right on their doorsteps, literally. Cape Town is full of them. Lion’s Head is the obvious one, but right next-door is the much simpler Pipe Track, perfect for a Sunday morning stroll with the dog, even – obvious from these photographs taken on Sunday – in the middle of autumn!

As SA National Parks notes, “This walk starts at the junction of Tafelberg Road and Kloof Nek. The Pipe Track is precisely what it says: a path constructed to service a pipeline running below the series of peaks known as the Twelve Apostles.

And here’s the eponymous pipe: “This pipeline was built to carry water from Disa Gorge in Table Mountain’s Back Table, via the Woodhead Tunnel through the mountain in Slangolie Ravine, to the Molteno Reservoir in Oranjezicht to help slake the thirst of the booming, late 19th century Cape Town.”

Here is the starting point: And within minutes there are views of Table Mountain you won’t recognise: And other views, of Camps Bay and Lion’s Head, you won’t believe: The Pipe Track is pretty much a straight path, but there are some choices further along: