They say there are 1,500,000 wildebeest in the Serengeti migrating population, but it sure as heck feels like a lot more when you happen upon a bunch of them!

Sometimes, especially when you look across a narrow shallow valley, it feels like you are looking at the entire 1,500,000 in one vista.

I have just returned from a safari up in the Mara River area in the Northern Serengeti.

One afternoon, next to the Wogakuria Kopjie, I stopped to try to count the wildebeest which were spread out as far as I could see. But how does one do this?

Unfortunately, when I got to 15,000, I became confused and muddled and I lost count!

This is the time of year when the migration is up along the Mara River in both Kenya and Tanzania. It can be a very frustrating experience trying to see them cross the river “just like in the wildlife documentaries”, but we try.

I think I am the one who becomes most bad tempered during the waiting process.

Usually it happens like this: We see a large group of wildebeest gathering near the river. So we, and several other vehicles, park about 300 yards away so as not to disturb them…and we wait and we watch.

Everyone is waiting and everyone is giving orders.

And then, inevitably, some innocent or ignorant driver comes pootling along the river and drives right through the gathering of wildebeest, causing them all to run off back, away from the river.

Everybody roars their disapproval and the waiting game starts all over again!

Then, about an hour later, one of the waiting drivers sees a bit of dust and decides the wildebeest have started to cross, so he roars off down to the river followed by about four other vehicles.

Once again, the wildebeest rush off, back away from the river in fright.

During all of this, the people in my car, who are becoming more and more excited and impatient, are usually telling me what would be best to do – where to park, when to head down to the river.

The best option is to get as comfortable as you can, put your cap over your head and have a siesta!

Three days ago, though, we got very lucky. We were driving along the river idly looking at crocs, hippos and elephants when we saw a huge cloud of dust up ahead.

Thousands and thousands of wildebeest were galloping in from as far as we could see. So, we increased the pace and rushed up to the dust, afraid that it might all be over by the time we got there. What was before us was the largest crossing I have ever seen.

An hour and a half later, we were still there and they were still coming.

In that hour and a half, we had watched crocs kill three wildebeest, we saw a hippo charge into the swimming wildebeest with its huge mouth snapping open and closed, and a herd of 12 elephants come down to the river at the exact point where the exhausted wildebeest were trying to get out.

Really, the elephants could have chosen anywhere on the entire length of the river, but they wanted THAT place.

The result was, instead of a quiet peaceful drink, the enraged elephants charged, screeched, trumpeted and roared at the wildebeest who were too exhausted to care too much and had to leave the river anyway.

Without a doubt, this year the Northern Serengeti, near the Mara River, has been the best safari destination I have ever seen.

Our mobile camp was moved up here in June to follow the wildebeest migration as it moved on its annual cycle. From June to now, I’ve come here with four safaris. The first safari was amazing and each one since then has gotten better and better. By the second, I was thinking of how to convince people to drop everything they are doing and get here right now to see all of this… 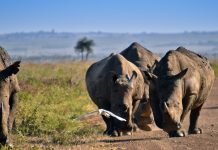 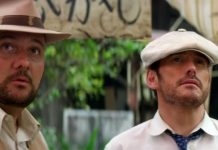 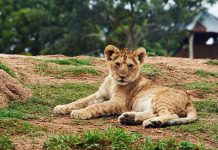