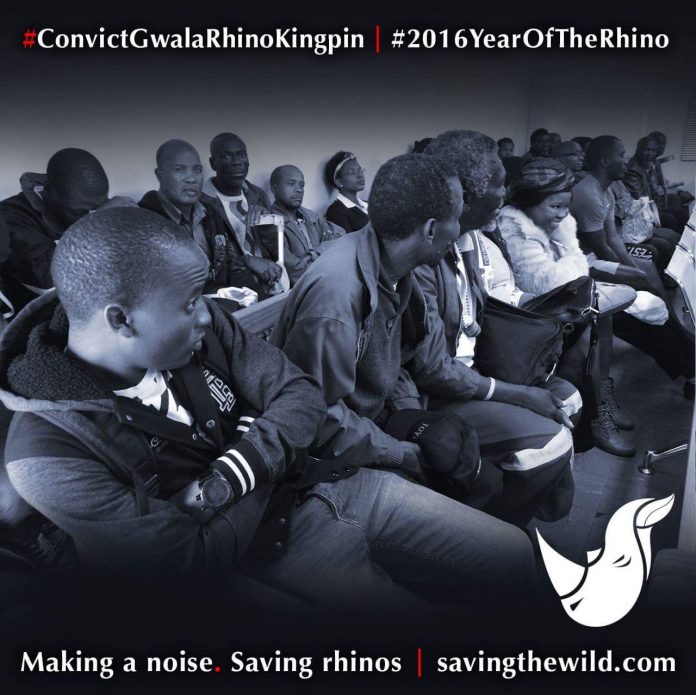 Mr Ntshangase, the defense attorney representing Gwala’s co-accused 1 and 3, withdrew from the case. And then Gwala’s new defence attorney, Miss Linda, arrived 30 minutes late and requested a postponement because she felt she was not given the full discovery. (On 5 September, her first appearance, she requested a postponement after claiming she was not prepared because she ‘dropped her phone’.)

In his response, Prosecutor Yuri Gangai said that he tried to call Miss Linda 20 times over three days, but could not get hold of her.

Prosecutor Gangai went on to say, “The delays caused by several changes of attorneys is not in the interest of justice.”

Magistrate Shandu agreed, and concluded, “This cannot be allowed to go on and on and on. I am not going to allow the constant change of attorneys.”

Further to this I would like to add my own personal comment to the proceedings of today.

I never thought for a second that the trial would go ahead on this day.

I absolutely knew that Gwala would arrive with a new bag of tricks, which is why Public Protector Thuli Madonsela requested that her KwaZulu-Natal representative attend the trial today; Advocate Nkosi was witness to all that took place and I can only assume that this will be documented in my case file, lodged with the Public Protector’s Office, under the preliminary investigation of #corruption enabling rhino poaching. This in itself is progress.

But perhaps the most inspiring progress of all was to see today’s courthouse packed with supporters from the Inkatha Freedom Party.

Inkatha, and particuarly its leader, Prince Mangosuthu Buthelezi, MP – who has a long history with conservation dating back to 1975 – have been avid supporters and have made many passionate pleas to government to save South Africa’s wildlife from the scourge and evils of poaching.

South Africa’s war on poaching will never be won by a bunch of white folk in khaki, and clearly whatever we are doing is not enough.

What we need is a revolution.

What is known today as Hluhluwe-iMfolozi Park – home to the world’s highest density of wild rhinos – were protected areas under Zulu King Shaka’s reign. In colonial times, and even to this day, were it not for the Zulu game scouts protecting the game reserves, nothing would have survived the commercial poachers.

If we lose the rhino, the elephants are next, tourism economies will collapse, causing more #poverty and more conflict.

If we lose the rhino, the elephants are next, tourism economies will collapse, causing more #poverty and more conflict. The rural communities neighbouring the game reserves right across Zululand will suffer.

These animal issues are human issues.

In a recent survey commissioned by WildAid, the results turned conventional #conservation wisdom on its head. Their data show that South Africans of all races and backgrounds are extremely interested in wildlife and do care about the future of wild rhinos.

I never wanted this #ConvictGwalaRhinoKingpin campaign to turn into a ‘David & Goliath’ saga between myself and Gwala, who is Zulu, and lives in Manguzi, conveniently 15 kilometres from the Mozambique border.

I told him… I will stop writing stories about him when he stops killing rhinos.

Of course Gwala tried to intimidate me yesterday, pushing up against me and swearing at me, and of course I stood my ground and I told him, like I always do, that I will stop writing stories about him when he stops killing rhinos.

What he didn’t realise when he was acting in this thug manner was that standing right beside me was Advocate Nkosi from the Public Protector’s Office, and when he walked into that courtroom imagine his surprise when it was packed full of Zulus.

These rhinos we’re trying to save were born and raised in Zululand, and when we lose a rhino we don’t just lose a family member of a prehistoric species, we lose a piece of Africa’s future – the way it should have been all along.

Rhino poaching in KwaZulu-Natal is up by more than 20%, with more than 100 rhino poached this year, second only to Kruger, and it’s just getting worse.

It was my mission to shine a spotlight on this “kingpin” trial, because Minister Molewa wouldn’t dare talk about Gwala in her quarterly DEA rhino briefings, and someone had to do it.

What we need is a revolution.

But the press were there yesterday, as they were at the last court appearance, and I believe because of the rapidly growing public support on this case, driven predominantly through social media, we are in a good space now.

We are one step closer towards making history. Imagine, finally, after ten years of carnage, the South African government finally convicts a rhino poaching kingpin.

Yes, we CAN save the rhino – United we stand. #2016YearOfTheRhino

MAKE A NOISE | SAVE RHINOS

With support from… Environmental Investigation Agency US, WildAid, Animal Welfare Institute, Thomas Mangelsen, Dr. Jane Goodall, Save the Rhino International, Global March for Elephants and Rhinos, Save Our Rhino on Twitter: SaveOurRhinoK9

Video: MAKE A NOISE | SAVE RHINOS

A 2016 timeline of Jamie Joseph’s stories in her mission to dismantle the ‘Gwala’ rhino poaching syndicate in Zululand, South Africa…

28 January: Rhino poaching kingpin and the magistrate that keeps him out of jail