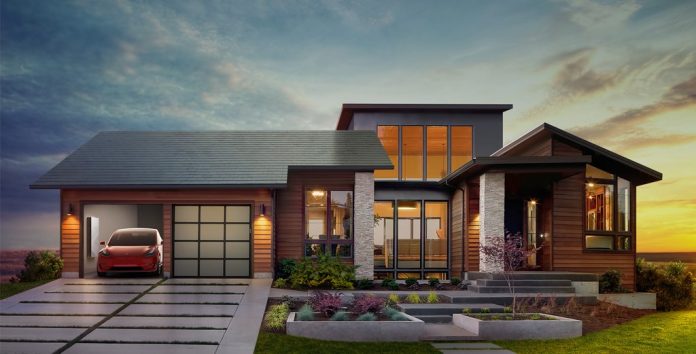 And they’ll be perfect in South Africa – not only for the sun… but in handling the heavy hail storms like those that Musk grew up with in Pretoria. He tweeted: “Should mention that the Tesla solar roof is robust against any weather, including heavy hail.”

At a packed event at Universal Studios in California, Musk unveiled the “beautiful, affordable and seamlessly integrated” tiles that eliminate the need for traditional panels.

The tiles can also incorporate heating elements, like a rear defroster on a car, to clear a roof of snow and to keep generating energy.

Musk said: “This is sort of the integrated future. An electric car, a Powerwall and a solar roof.”

He said in the future everyone will replace their roofs with solar. “Why wouldn’t you?”

Musk is the biggest shareholder in both Tesla and SolarCity, which is run by two of his first cousins.

Close up of the solar roof pic.twitter.com/kDsSqtTWK7

Elon Musk: “Should mention that the Tesla solar roof is robust against any weather, including heavy hail.” See below:

Powerwall 2 stores solar energy to power your home with 14 kWh of storage pic.twitter.com/oVv32hiGF6