The consumption of sugar and its effects on health has been in the headlines in many countries around the world again as countries from the UK to South Africa debate a sugar tax. The Conversation Africa’s health editor Candice Bailey asks Sundeep Ruder to explain how we process sugar and why too much is bad for us.

What are the biggest sugar carriers people should watch out for?

The holiday season has become a jet-fuelled boost of over-indulgence on an already excessive culture of over-consumption.

Even outside of the holiday season, everyone unknowingly consumes a large amount of added sugar in food products.

Most food labels show the total amount of added sugar in grams. What’s useful to know is four grams is equal to one teaspoon of sugar, so dividing the total number of grams of sugar on a food product by four gives you the amount of sugar in teaspoons.

The World Health Organisation recommends no more than 12 teaspoons of sugar a day for an adult. It points out that there are added health benefits if this is halved to six teaspoons.

Soft drinks and energy drinks contain up to 95% of a person’s recommended daily sugar intake. An average can of carbonated soft drink contains between eight and ten teaspoons of sugar.

Sweet snacks such as candies, nougat, cookies, cakes, pies and dried fruit apples contain between 70% and 80% of a person’s recommended daily sugar intake.

What does sugar do to the body?

While you may be on holiday your liver is not. The liver has to metabolise large amounts of sugar – especially fructose – and goes into overdrive.

Most processed carbohydrates, sugary beverages and festive treats require very little work for digestion. This is because they are in their simplest form already. But the lack of dietary fibre means that it is rapidly absorbed into the blood stream.

The load of liquid energy is transported to an overwhelmed liver and the pancreas, which in turn releases a large amount of insulin to move glucose out of the blood stream and into tissue such as muscle and brain cells, where it can be used.

But because most people live a relatively sedentary lifestyle, only some of this glucose gets used up. Energy cannot be created or destroyed. It gets converted from one form to another.

If the glucose load is not converted to kinetic energy (exercised), it will be stored.

It takes about 25 minutes of brisk aerobic exercise to burn off the energy content of one can of soft drink.

Excess “sugar” transported to the liver will be converted to glycogen and fatty acids. Glycogen is useful during periods of starvation but this is rare in urban environments. The fat gets stored around the belly and in the liver, in what is called “visceral fat”. A state of what is commonly known as insulin resistance ensues. More insulin has to be made to lower blood sugar and “overcome” the resistance.

This leads to increased inflammation in the body, abnormal cholesterol profiles, hypertension and non-alcoholic fatty liver disease. These all increase the risk of cardiovascular disease (heart attack and stroke), cirrhosis, and even the risk of common cancers.

Some people say the problem is carbohydrates, not sugar. Is this true?

All sugars are forms of carbohydrates. The word sugar is loosely used to reference carbohydrates in their simplest form such as glucose, fructose and galactose.

These refined or processed sugars are rapidly absorbed into the blood stream. The most notorious is fructose found in most sugar beverages, which are often made from high fructose corn syrup.

Eating fruit is different from “drinking” fruit as the fibre in the edible form slows the absorption of sugar (fructose), and serves as a prebiotic.

Can you work sugar out of your system after a binge? Is it possible, and if so how long does it take?

The acute effect of the sudden release of insulin to shift the glucose load leads to rapid blood sugar lowering. So the initial high is quickly followed by a slump. Fatigue ensues.

In the long run it is difficult to burn off excess sugar.

The holiday period is a microcosm of what happens in our bodies on a macrocosmic level during the year. A year full of work, unhealthy living and too little exercise is capped by a holiday season of overindulgence – leading to higher risks of chronic illness.

This is why modifying and controlling one’s diet is so important. Exercise is important, but proportionately a diet change will make the biggest difference.

The ideal scenario over the holiday period is to abstain completely from sugary items and eat purposefully. But if you can’t then at least plan your festivities and portion treats by eating less inbetween special occasions, and setting limits when you do indulge.

Start the new year on a healthy note as a continuation of the changes made in December, rather than have to take empty resolutions to start again. 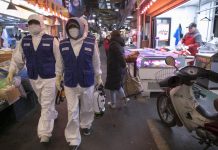 False Information Fuels Fear During Disease Outbreaks: There Is An Antidote 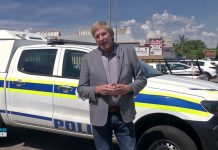