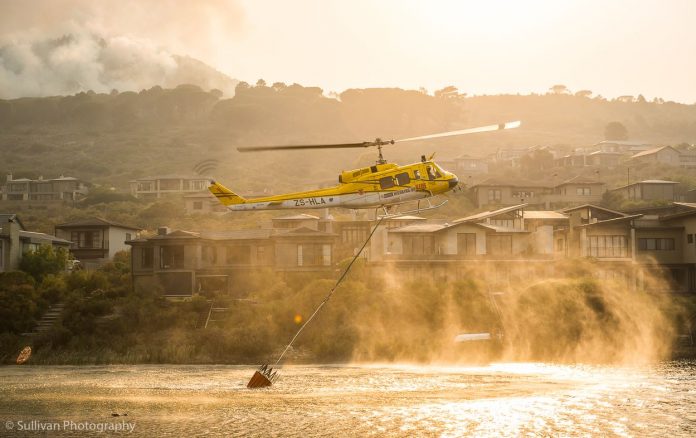 Western Cape photographer Justin Sullivan – who has been in the thick of it, with the firefighters – compiled this intense footage (plus scroll down for photos):

If your device cannot view the above, please try this:

Youth pastor Rory Currin compiled this video “showing some of the support being given to the firefighters and the teams” (which includes much needed massages for those hardworking firefighters!).

Justin followed NCC Environmental Services team above Boskloof as they had air support from a tractor bomber and 3 Choppers (Working on fire). He says by 11am, the winds began to pick up again, resulting in numerous flareups.” These are some of the photos he captured: These photos are republished with kind permission of SullivanPhotography.