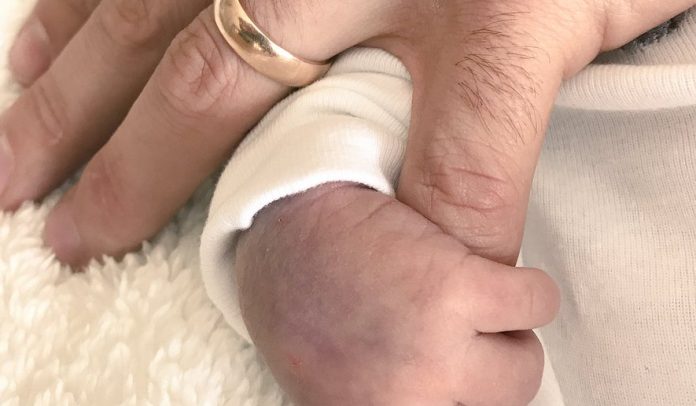 South African cricket captain Faf du Plessis and his wife Imari welcomed their first child into the world on Thursday. Faf announced the happy news with an adorable photo on Twitter.

Faf tweeted: “Our biggest blessing yet came in a small package.so very grateful ????”

At this stage it’s unsure whether the Proteas star will fly back to the UK in time for the first Test against England, which starts on Thursday next week. At the moment he’s missing the warm-up match.

According to Cricket South Africa (CSA), “it was a difficult birth and he’ll only fly back to the UK once the baby and mother are settled.”

The Proteas usual captain, AB de Villiers, ruled himself out of this series in January. If Faf is not back in time, Dean Elgar is likely to captain the team.

Our biggest blessing yet came in a small package.so very grateful ????? pic.twitter.com/Ib2TZy390X

2/2) Du Plessis will only return to the UK once the baby and his wife, Imari, are settled back home. pic.twitter.com/9vikfKjb4f