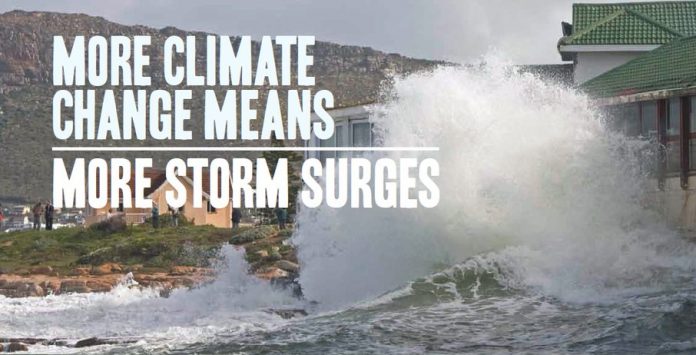 Contrary to several posts on social media, Durban did not experience a hurricane on Tuesday, and it definitely wasn’t called Hurricane Sifiso!

The hoax was apparently started on Whatsapp, and more than likely named after @Sifiso who shared photos of the heavy storm in Durban. The KwaZulu-Natal town in South Africa did however experience very strong winds and terrible floods which brought extensive damage to the region.

And there WAS a tornado in South Africa this week – hitting Krugersdorp in Gauteng on Monday, accompanied by a massive hail storm and flooding. And between the storm in Gauteng and that in Durban… there was also heavy snowfall in parts of the Eastern Cape and KwaZulu-Natal.

The South African Department of Environmental Affairs said today that climate change is real and looks like it’s here to stay. “Climate change is expected to increase frequency & intensity of storms. SA’s coastline will become increasingly vulnerable to storm surges,” said the Dept in a tweet (see below).

The video footage below is real, of the Durban storm, but it was not called Hurricane Sifiso: