Various civilian organisations and opposition parties will tomorrow during a joint media conference in Centurion take a stance against farm murders and make a plea to the South African government to incisively intervene to prioritise this crisis, according to civil rights organisation AfriForum.

The organisations will also commit themselves to participate in the protest march against farm murders that is being planned for Saturday, 25 November, when they will march from the Pretoria Art Museum to the Union Buildings to hand a memorandum to the State President.

The organisations that will be represented at Tuesday’s media conference include AfriForum, trade union Solidarity, agricultural union TAU SA, as well as some opposition parties namely the DA, the FF Plus and Cope.

Since the beginning of the year, at least 80 farm murders have been committed, says AfriForum.

Another farmer was reportedly shot dead in Hoedspruit this weekend. Letaba Herald names the deceased as 60-year-old Christo Redelinghuys.

The protest march will start Saturday, 25 November 2017 at 10:00 at the Pretoria Art Museum. Protestors will then march to the Union Buildings. 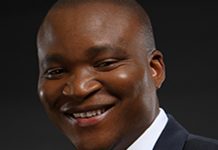