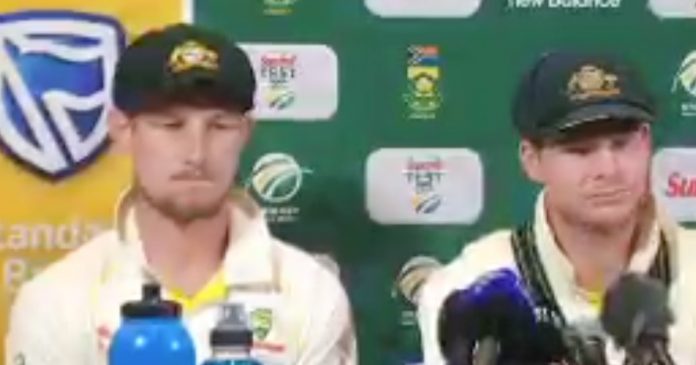 Australian cricketers Cameron Bancroft and Captain Steve Smith faced the press at Newlands in South Africa to discuss – and admit – to ball tampering during the third Test against the Proteas on Saturday 24 March 2018.

There was no ways they could deny it! Watch this:

FULL VIDEO OF @cbancroft4 #BALLTAMPERING. There is no doubt. From the yellow item down the trousers to @darren_lehmann sending a message on-field GUILTY! @officialcsa @ESPNcricinfo @icc BAN AND FINE should have changed ball #savaus pic.twitter.com/8LLToUECWa

Now watch below as the Australian sportsmen try to convince the journalists at a press conference that this isn’t what they’re really about.

Cricket Australia (CA) said they are sending two officials to South Africa to investigate the ball-tampering issue, and former captain, Michael Clarke – who retired in 2015 – hinted he would consider returning to take over the captaincy. “If I was asked by right people, then I would think about my answer,” he told an Australian television station.

Smith said he doesn’t believe he should step down. Watch below.

VIDEO: Cameron Bancroft and Steve Smith admit to ball tampering during the third Test at Newlands.

If you can’t view the above, try this:

Absolute bunch of cheats the Aussies !

Australians were quick to come up with jokes about the incident. This was posted by Aussie Malaysian lawyer and TV chef (former winner of Master Chef Australia) Adam Liaw: 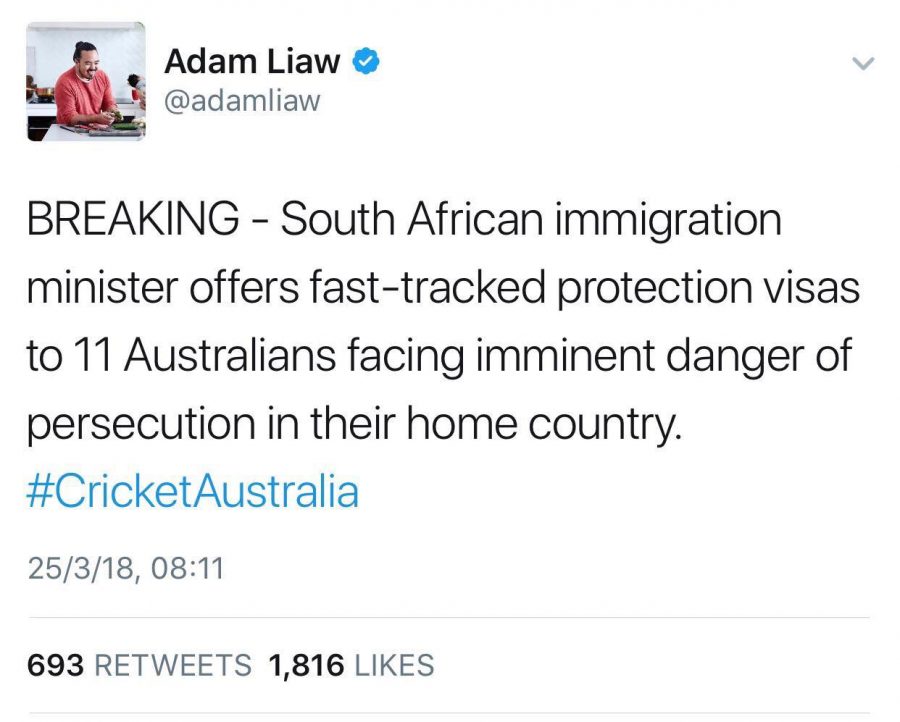