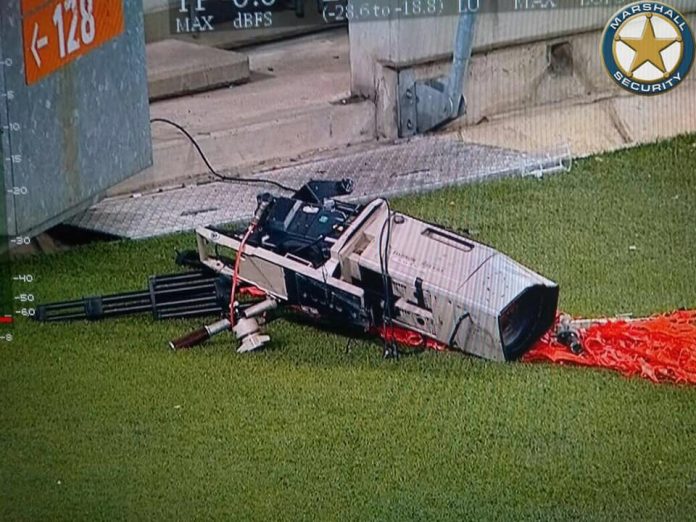 Kaizer Chiefs have released their first formal statement since South Africans were left reeling from the shocking scenes which took place at Moses Mabhida stadium over the weekend, leaving many people injured and property damaged. The violence erupted soon after Kaizer Chiefs lost in the semi-final match of the Nedbank Cup to Free State Stars. (Watch video below.) 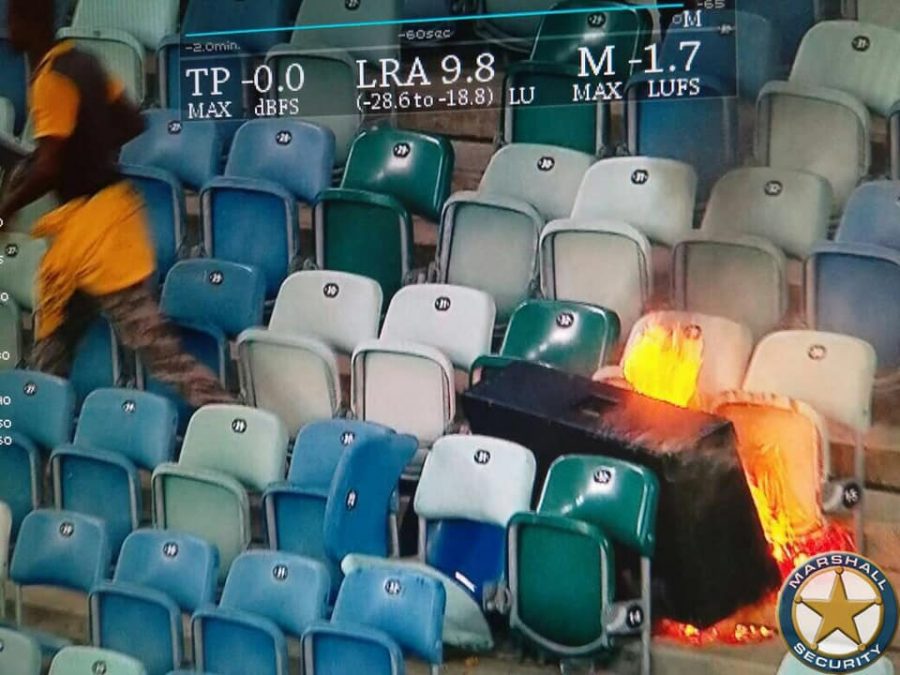 Fans set fire to seats and stormed the field, until police used teargas and stun grenades to disperse the crowds. A security guard was seriously injured during the commotion, and is currently in a stable condition in hospital.

Kaizer Chiefs coach Steve Kompela has resigned as a result; and two people are reportedly due to appear in court today… with more arrests expected.

Kaizer Chiefs condemns the unruly scenes of violence that took place on Saturday evening in the strongest possible terms during the Nedbank Cup semifinal match at the Moses Mabhida Stadium.

We appeal to those people involved in the deplorable episode who claim to be our fans to stop this hooliganism immediately. Incidents like those that were witnessed have no place anywhere in our society, least of all football. Acts of this nature endanger the lives of innocent people and cannot be tolerated under any circumstances. We shall co-operate fully with law enforcement agencies and the PSL to ensure the perpetrators are brought to book.

Such behaviour goes against the very ethos of what Amakhosi stands for, which is Love & Peace. It besmirches the reputation of the club and the millions of well-mannered supporters who make up the Kaizer Chiefs Family; it brings the game of football itself into disrepute and on a wider scale, it reflects very badly on our people and our country when the footage is disseminated across the world.

We understand the passion our fans have for the team and appreciate their sense of disappointment when results don’t go as expected. We share it too. Everybody at the club is working to the best of their ability to bring success on the field and joy to the fans. Sometimes though, despite the best efforts of everyone, things don’t fall seamlessly into place. It is very difficult to always achieve the perfect combination. It is the nature of sport that nobody wins all the time and accepting defeat graciously with dignity is one of the principles that underpin the virtue of sportsmanship.

We pride ourselves on having knowledgeable fans and we respect their right to express their dissatisfaction with the team’s performance. However, venting frustration through rampant thuggery is totally unacceptable. The key tenet of loyalty is showing unity and standing together in solidarity when the going gets tough. The support of fans has a tremendously positive effect in boosting the confidence of the players, particularly during a slump. Some of the world’s greatest clubs have endured lean spells during which silverware has temporarily dried up but they have come back stronger than ever. We need everybody pulling in the same direction and we therefore implore all of our supporters to calm down and get behind the team for the next three matches of the season.

Once again, Kaizer Chiefs does not condone any acts of violence.

The DA’s Shadow Minister of Sports and Recreation, Tsepo Mhlongo, said Parliament must hold sporting bodies, such as the PSL, accountable to ensure that South African stadiums do not become death traps for sport loving fans.

Meanwhile the PSL and Sports Minister Tokozile Xasa have also slammed the fans’ behaviour, and have asked Stadium Management SA to address the incident.

Just because of a game! This is disgraceful.

Absolutely diabolical scenes at Moses Mabhida Stadium tonight. Kaizer Chiefs will be in big trouble for this. Unacceptable from the supporters.

This idiot has been found! The one who kicked the female security guard!!!!