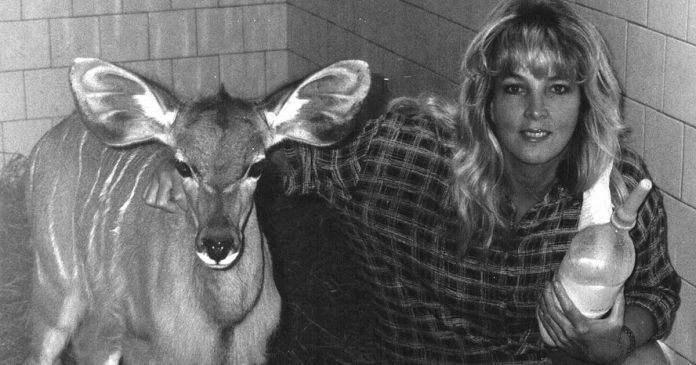 Louise Joubert, the incredible founder of SanWild Wildlife Sanctuary, has died in a car accident… just two days after the alleged poaching of a rhino she had worked tirelessly to save from hunters.

Louise worked often with SAPeople and we are devastated. SAPeople followers had helped Louise save Big Boy in 2016, when he was set to be killed in a trophy hunt. But sadly, Big Boy – a “beautiful white rhino bull” (in Louise’s words) – was apparently shot by poachers on Saturday night.

Louise was devastated and the next day, Sunday 22 April 2018, she changed her facebook profile to a black and white picture of a tearful eye (as seen below). 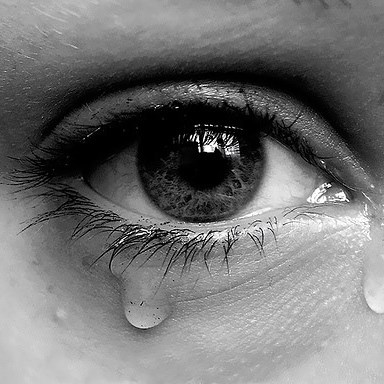 She didn’t mention what had happened, but she wrote a little later: “Happy Earth Day! But is it? Stop and think for a moment? Why should our Earth be celebrating a happy day?”

The next morning, Monday, she posted a plea again for support to save the rhino: “I’m reaching out to ask for your support for my online fundraiser: “Rhino Operation Dynamo.” Please consider supporting this cause by donating or sharing with your friends!”

Hours later she was dead. Apparently she sped off in an emotional state from her premises. Tragically she had an accident between Gravelotte and Mica, on the R526.

Recently there had been a ruthless and failed attempt to discredit her work, even claims that Big Boy did not exist. In her fierce bid to rescue, protect and save South Africa’s wildlife – with no assistance from the government – Louise had made enemies. She was strong and fearless, and never kept quiet about what she believed to be true.

When the 2015 rhino statistics were released and the South African government claimed numbers of poached rhino had dropped, Louise told SAPeople she believed they had in fact increased.

She added: “I also believe that the government has succeeded in their objective of distributing misinformation with the objective to mislead the public and the international conservation community.

“They cannot be trusted and obviously have a hidden agenda. If they were serious to end rhino poaching and were indeed winning the war, there would be no reason not to be forthcoming with monthly stats accurately reflecting the number of animals lost.”

With no confidence in the government, and in a desperate bid to save South Africa’s wildlife, Louise – together with US-based Wild Africa Conservation Fund (WACF) – set up private intensive protective zones… and successfully relocated Big Boy to a zone.

But unfortunately, even Louise couldn’t protect him from the criminals that are destroying SA’s wildlife.

Louise’s daughter left a message on facebook on Tuesday saying: “Today my heart is shattered in a million pieces… where my heart was is an empty painful hole. The phone call that I dreaded every day… happened yesterday afternoon at 17:30 – the call to say my mom, Louise Joubert was killed in a tragic accident.

“This world lost an amazing women, a women that spent all her time fighting for the rights of those that can not speak themselves. How can one even replace this wonderful women?

“Everything seems very unreal to me at the moment and I am hoping each minute to get that call from her regarding another pangolin she saved and the joy in her voice saving yet another animal soul… what she lived for.

“How unfair do I feel this world is today… taking my mom from me… from all the animals. At least she will be remembered as an amazing animal ambassador and a mom that was always there for me… just wish I could have been there for you yesterday mom… RIP mom… I will try my best to keep SanWild up and running.

Lizel said she is shattered, and today “my worst day” is travelling from Cape Town to OR Tambo to “say my final goodbyes to my mom”.

Our deepest, deepest condolences to Lizel, and all Louise’s friends and family… and all of South Africa’s wildlife.

Saving rhinos one by one – by Louise Joubert

Today my heart is shattered in a million pieces…where my heart was is an empty painful hole. The phone call that I…