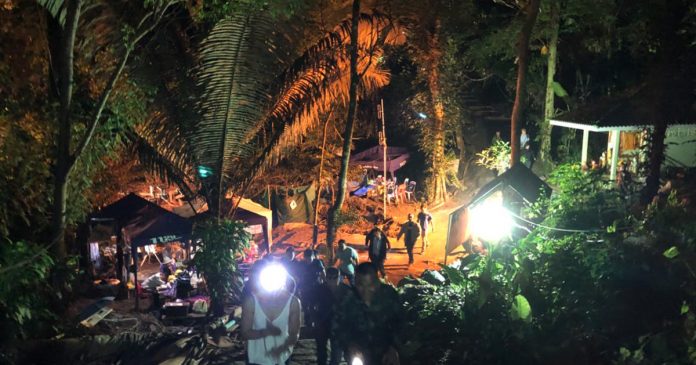 A British diver, who helped rescue 12 children and their coach from a cave in Thailand, is reportedly considering legal action against Elon Musk after the South African-born billionaire entrepreneur referred to him as a ‘pedo’ on Twitter.

The diver – a British 63-year-old, Vernon Unsworth, who lives in Thailand – says he was “astonished and very angry” by the comment.

Musk hit out at Unsworth, after the diver claimed Musk’s offer to help the trapped school boy team had been nothing more than a PR stunt, and that the mini-submarine the Tesla boss had sent to Thailand would never have worked.

After Musk’s response, Unsworth told reporters: “I believe he’s called me a paedophile. I think people realise what sort of guy (he) is.”

He told reporters “it’s not finished” when asked if he would take legal action.

The Guardian newspaper quotes Unsworth as saying: “He had no conception of what the cave passage was like. The submarine, I believe, was about 5ft 6in long, rigid, so it wouldn’t have gone round corners or round any obstacles.”

Musk’s full response to Unsworth had included saying he would upload a video showing his submarine would have been able to navigate the tunnels, followed by “Sorry pedo guy, you really did ask for it”.

After Twitter users questioned Musk for insulting a rescuer and calling him a ‘pedo’, Musk replied: “Bet ya a signed dollar it’s true.”

Unsworth has told reporters he has saved copies of the tweets and that he has a lot of support.

He said while he’s never met Musk, and doesn’t want to, he believes he had “lost the plot”.

According to the Guardian, Musk had just this week vowed to be less combative on social media, saying: “I have made the mistaken assumption – and I will attempt to be better at this – of thinking that because somebody is on Twitter and is attacking me that it is open season. That is my mistake. I will correct it.”

Western Cape Premier Helen Zille has herself started using Facebook in the last two days, which she describes as “a more positive platform than Twitter”. She says social media has “substituted for barbarous medieval practices of public lynchings + stonings. No due process, rational debate or (even) the right to a different opinion. And God help you if you make a bad joke. We must end this madness!”

Just returned from Cave 3. Mini-sub is ready if needed. It is made of rocket parts & named Wild Boar after kids’ soccer team. Leaving here in case it may be useful in the future. Thailand is so beautiful. pic.twitter.com/EHNh8ydaTT