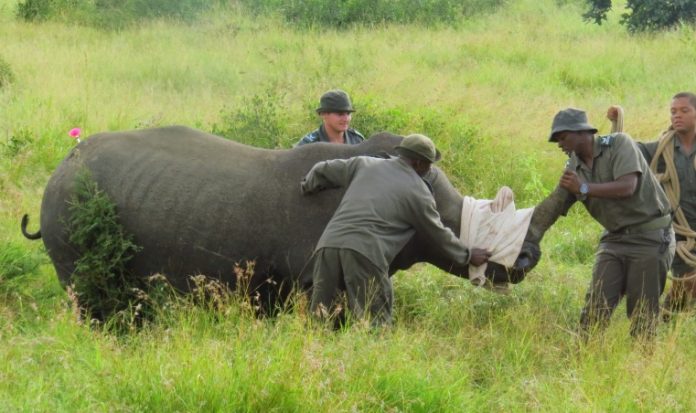 Every day, Ranger units encounter suspected poachers in the Kruger National Parks with up to three incursions with poachers taking place in the park daily.

The SANParks rangers, have a huge responsibility on their shoulders and work tirelessly and risk their lives to safeguard our rhinos. Just last month, field ranger Respect Mathebula paid the ultimate price to protect South Africa’s wildlife, when he was fatally wounded during an altercation with poachers.

The SANParks rangers are all conservationists at heart – but a ranger’s roles and responsibilities have changed immensely over the past few years and a shift to almost paramilitary operations have been adopted to combat the poaching of South Africa’s rhino population.

Almost every day these rangers are finding themselves involved with following up on incursions and the subsequent apprehension of suspects.

Section Ranger Neels van Wyk says: “It’s always been a dream of mine to work and live in the Kruger.” Van Wyk studied nature conservation and completed his final practical in the Kruger National Park in 1995.

Now things have come full circle and 23 years later, he is back where his career began and has taken up the position of one of many section rangers in the Kruger National Park.

“I love that every day is unpredictable. We are protecting, and conserving part of South Africa’s heritage and it is both a huge responsibility and a privilege to do what we do.”

You never get used to finding a carcass… or a rhino orphan who is lost and grieving their parent.

Van Wyk explains that although there are many high points there are also many low points.

“Rhino poaching has had a serious effect on all of us. You never get used to finding a carcass or a wounded animal or even encountering a rhino orphan who is lost and grieving their parent.”

More than 1,000 rhinos were killed by poachers in South Africa last year.

Anti-rhino poaching activities are starting to bear fruit as rhino poaching statistics are seeing a decline, and with fundraising collaborative efforts like that of the Saint-Gobain Gyproc and SANParks Honorary Rangers, such initiatives are more important than ever before in order to keep this momentum.

“It is the feet on the ground and our dedicated rangers who are working tirelessly to help combat poaching. But this also cannot be done without corporate sponsors and the funding that they provide.

“It is thanks to corporates like Saint-Gobain Gyproc who have donated R2 million, since 2017, to the SANParks Honorary Rangers, that makes it possible for us to operate optimally and efficiently on a daily basis.,” says Van Wyk

Honorary rangers are the backbone of the Kruger’s conservation. And they need more South African corporates to step up and help support their initiative.

Although small strides are being made in anti-poaching efforts there is a constant need to continue to raise awareness, ensure ranger health and wellbeing and provide funding for this important cause.

In Van Wyk’s words: “We need South African companies and the South African people to come together to help us rangers fight this fight and to continue to make conservation efforts a priority.”

SANParks Honorary Rangers is the official volunteer organisation of SANParks. To donate funds, please visit www.sanparksvolunteers.org or @SANParksHonoraryRangers on Facebook. 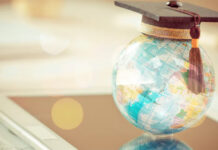 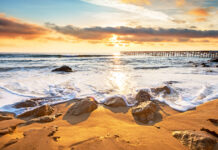 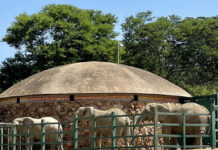