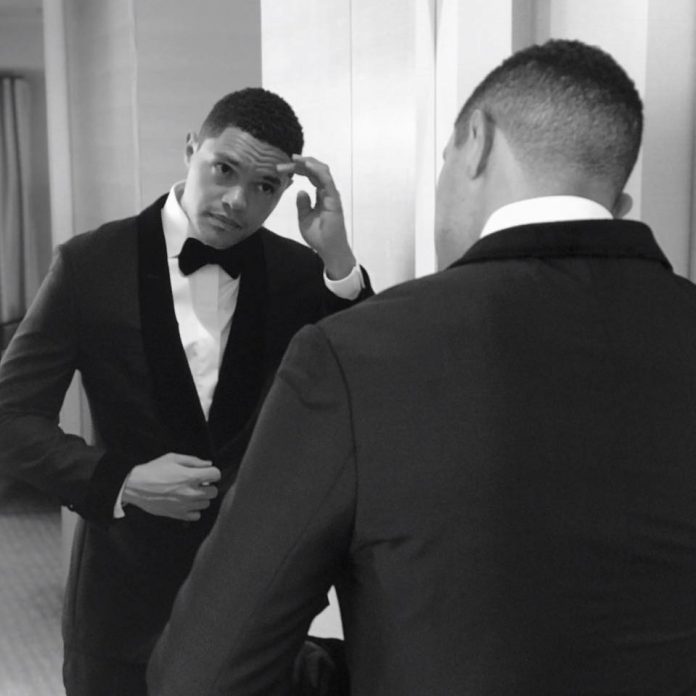 South African comedian Trevor Noah has been selected to be one of the presenters at the Academy Awards on Sunday in the USA. The Oscars® production team made the announcement on Wednesday… a great surprise birthday present for Trevor who turns 35 today!

The comedian, who grew up in Soweto, is already becoming a household name around the world, and this will further propel him into the global spotlight – the show is broadcast in more than 225 countries and territories.

Trevor’s name was released in Round 4 of the presenter announcements, an important category. The 11 ‘unique talents’ in this round will introduce the eight Best Pictures nominees!

So hopefully we may see Trevor introducing Black Panther, which is set in the imaginary land of Wakanda in Africa… and which has made history by scooping the first ever Best Picture nomination for a superhero movie.

Oscars® show producer Donna Gigliotti isn’t giving it away yet. She said: “We are thrilled to assemble this well-known array of film lovers to introduce and share their reflections on the Best Picture-nominated movies.”

Over 40 award presenters have so far been announced. They are:

The 91st Oscars will be held at the Dolby Theatre® at Hollywood & Highland Center® in Hollywood, and will be televised live in the US at 8 p.m. ET/5 p.m. PT.