As South African news reports “darker days ahead” and “no lights, no water”, it’s time to shed some light – and humour – on SA’s infamous “load shedding” (known to the rest of the world as power cuts). 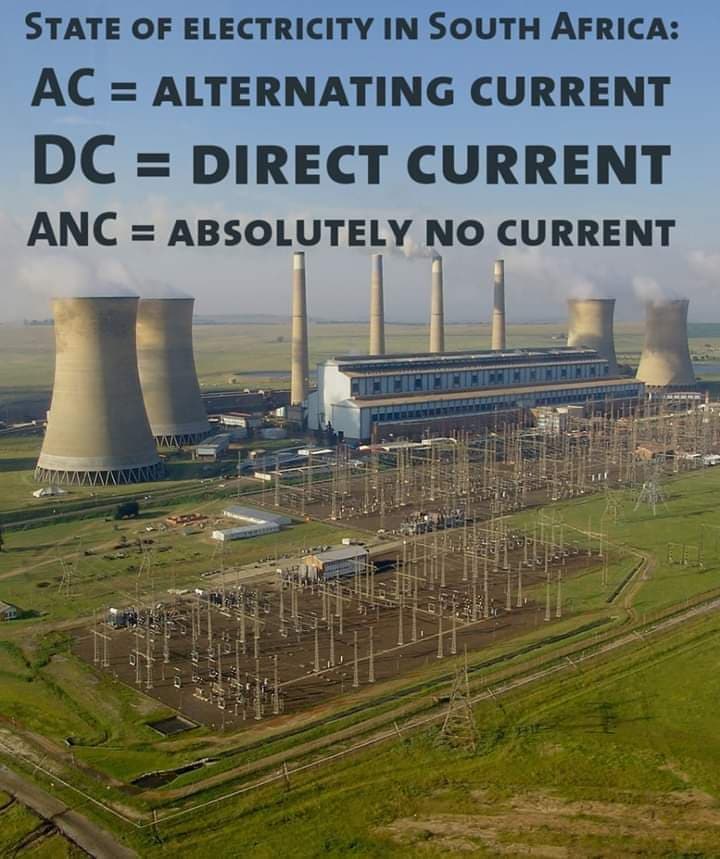 Today South Africans braced themselves for another round of rotational Stage 4 load shedding which will got underway at 9am… and is only due to finish at 11pm.

“This is due to a shortage of capacity,” said the power utility Eskom on Wednesday.

Load shedding is a highly controlled process, says Eskom, implemented to protect the system and to prevent a total collapse of the system or a national blackout (although it may already feel like that to many!).

During Stage 4 load shedding, approximately 80% of the country’s demand is still being met.

“Eskom’s maintenance teams are working round the clock to return generation units to the electricity system,” said the power utility. 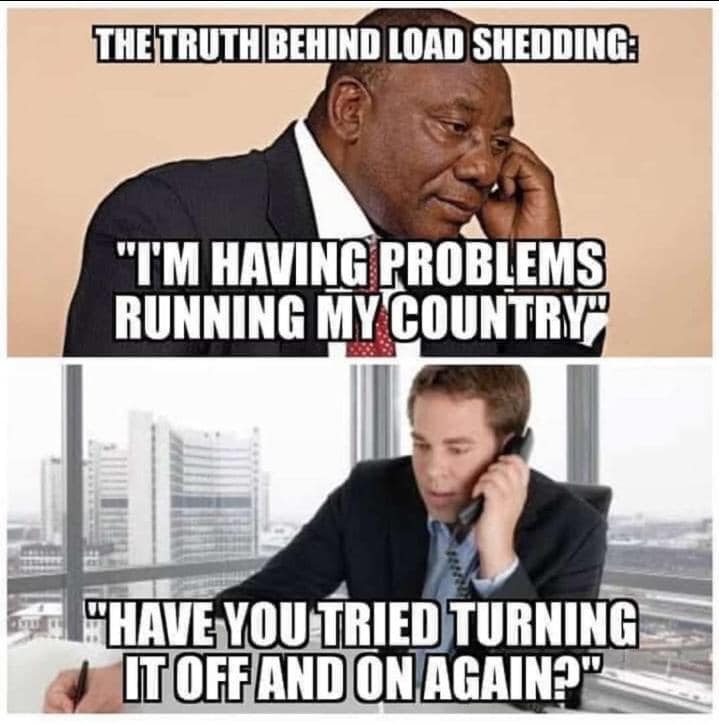 On Tuesday, the power utility and Public Enterprises Minister Pravin Gordhan briefed the nation on developments at the power utility… explaining that malfeasance, coupled with ageing infrastructure and decreasing expenditure on maintenance, were largely responsible for the spate of load shedding incidents seen over the last five days. 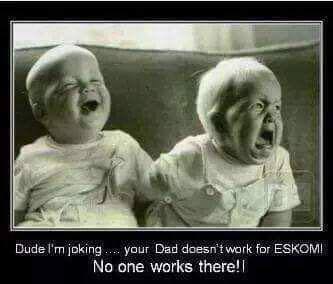 At the briefing a question was posed on what would happen should Eskom need to implement load shedding past Stage 4 at which the utility said further stages are in place as a contingency measure to ensure operability.

This led to headlines that shocked the nation into fear that Stage 5 and Stage 6 load shedding was about to be introduced.

However Eskom said in a tweet afterwards that they were merely indicating that “the necessary contingency planning is in place”.

On Wednesday the power utility appealed to customers to switch off geysers during the day as well as all non-essential lighting and electricity appliances to assist in reducing demand. 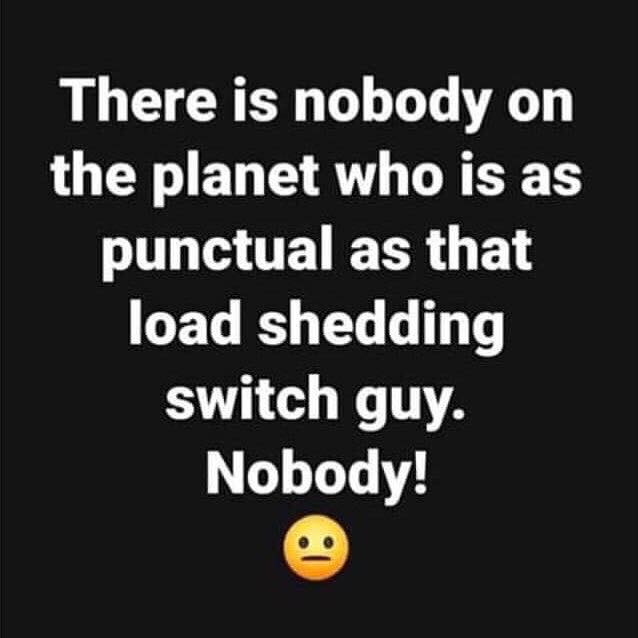 Eskom advised customers to keep checking their load shedding schedules on the Eskom or their municipal websites.

No lights, no water

Meanwhile Johannesburg Water (JW) has advised residents of Joburg to check the load shedding schedule of their respective areas on the Eskom and City Power websites, as power outages affect water supply.

Johannesburg Water said that in the event of load shedding for the duration of four hours and more, pockets of areas will have water shortages or even low pressure because JW uses electricity to pump water from the reservoir into the towers.

“Residents are urged to make arrangements by ensuring they have water to last the duration of the outage when they are affected by load shedding. Joburg Water unfortunately does not have enough water tankers to be able to assist as a form of alternative supply because of the size of areas that get affected by load shedding,” JW said in a statement.

Johannesburg Water reiterated its commitment to provide a sustainable water and sanitation supply to all residents of the city.

Johannesburg City has also warned that level 1 water restrictions are still in place and will be enforced by fines to consumers who contravened the Water Services By-laws.

I don't understand. We hear of Load shedding everywhere affecting everyone and now we are even talking about Stage 5 and Stage 6. However I have never heard or seen etolls Gantrys experiencing load shedding. Why mara ? 🤔 #Loadshedding #LoadsheddingSurvivalTips pic.twitter.com/yrCRS4E58c