If you’re in South Africa right now, you can watch top-quality TV online on Showmax and DStv Now…

This is TV’s golden age, when Oscar winners like Meryl Streep are flocking to the small screen in series that have audiences hooked. And the TV studio making the best of this great content is American giant HBO.

So where can you watch this awesome content online? The answer, of course, is Showmax and DStv Now. Here are our top seven HBO series that aren’t Game of Thrones, although it’s good to know that you can also stream the entire series on Showmax.

You might know Zendaya from the Disney Channel, or maybe as the beautiful trapeze artist in The Greatest Showmax. What’s certain is that you don’t know her like this: as Rue, a teenaged recovering addict who’s trying to make it in the tough, dark world of high school. This series, which is showing first on Showmax in South Africa, has already got people talking about the unflinching way it tackles really difficult themes.

Set in San Francisco during the 1800s, this series follows a martial arts prodigy from China who immigrates to the US and is caught up in the seedy world of Chinese organised crime. Against the backdrop of the violent Tong Wars, it’s a gritty series based on an idea by the late, great Bruce Lee. New episodes land every Thursday on Showmax and DStv Now at 22:00.

Chernobyl may be based on historical events, but it’s no dry documentary. This series has you in its grip from the beginning, as the terrible mistakes that led to the 1986 explosion at the Chernobyl Nuclear Power Plant unfold on screen. Starring Jared Harris, Stellan Skarsgård and Emily Watson, this is definitely one not to miss.

With a cast list that reads like a who’s who of Hollywood, Big Little Lies returns for an even bigger, better second season. A man is dead, and the Monterey Five – played by Reese Witherspoon, Nicole Kidman, Shailene Woodley, Laura Dern and Zoe Kravitz – must cover up the true events behind the crime, even as they’re questioned by the most relentless detective of all: his mother, played by the great Meryl Streep. New episodes arrive on Showmax and DStv Now every Monday at 21:00.

Even today, Anne Lister would be a thoroughly modern woman – so you can imagine how revolutionary she was in Yorkshire, England in 1832. A substantial landowner, a businesswoman and a lesbian, she’s willing to do whatever it takes to save her home and find the perfect woman to marry. Suranne Jones does a magnificent job of the title role. New episodes come to Showmax and DStv Now every Tuesday at 22:00 and the full boxset will be available to binge on Showmax from 18 July.

The Golden Globe-nominated antics on Capitol Hill return for the final season. In her new campaign, Selina (Emmy winner Julia Louis-Dreyfus) finds herself running against the person she least expected, while Gary, Amy and Kent grapple with Selina’s enormous ego. Politics has never been so funny.

Dwayne “The Rock” Johnson is magnificent in this brilliant series about a former footballer turned sports mogul. In the fourth season, Spencer is moving and shaking in LA, considering the purchase of an extreme sports channel. British comedian Russell Brand also joins the cast. Catch up on all four seasons of Ballers on Showmax now – Season 5 is coming in August!

If you’re not a subscriber yet, you can sign up for a 14-day free trial. Thereafter, access to a ton of local and international series, movies and documentaries cost just R99 per month.

If you’re a DStv Premium subscriber, Showmax is included in your subscription – just go to the website to sign up. DStv Compact and Compact Plus subscribers can add Showmax to their subscription for just R49pm. 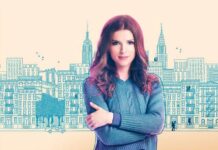 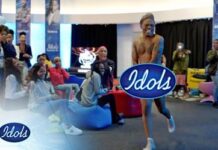 Thousands ‘Like’ and Retweet Somizi the Idols SA Streaker 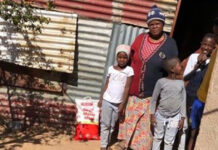