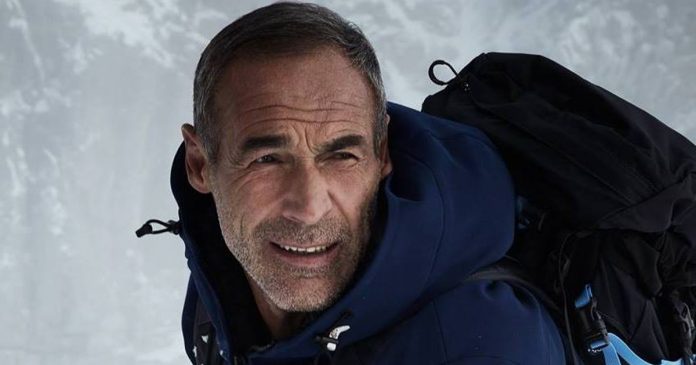 One of the world’s greatest adventurer-explorers – South African Mike Horn – is racing against time as he becomes trapped in the Arctic because of thin ice which is being blamed on climate change.

His daughter Annika (26) has told French media that she and her sister Jessica are desperate to launch an emergency plan to get him rescued as soon as possible. The thin ice is breaking underfoot at times, and Horn is suffering from the start of frostbite on his fingers and nose, and is losing the sensation in his extremities, she says.

“His morale is low. I have never seen it like that, in a state of extreme physical fatigue… it is disturbing,” Annika told European reporters.

However her father has not asked to be rescued and is focused on finishing the adventure. Of the frostbite he says “those parts are slowly becoming black but it is nothing to worry about yet… Although the pain it causes is starting to get quite uncomfortable, I try my best to keep thinking of more pleasant feelings.”

Horn (53), who lives in Switzerland with his family, and has dual South African Swiss nationality, is in the midst of crossing what was meant to be the frozen Arctic Ocean on cross-country skis, together with polar explorer Børge Ousland (57) from Norway.

However according to French media, the adventure turned into a nightmare when the ice started to break under their weight. (And in fact Ousland actually fell in water yesterday – see Horn’s Instagram post at the bottom of this page.)

The duo still have 500km to travel to reach the extreme north of Norway, but the reduction in the ice floe – which NASA images show has shrunk drastically since 1984 (see video below) – is making progress difficult… and they only have rations for about 12 more days worth of food (which they are pulling on sleds behind their skis). The surface of the ice has been halved and its thickness reduced by 40%, according to France TV 2.

Climatologist Jean Jouzel told reporters (see video below): “Global warming is much faster in these areas of the Arctic than it is on the global average, and it is this warming that is causing the acceleration of this melting ice.”

Horn and Ousland set off on their adventure two and a half months ago, but according to reports Horn is now at “high risk” and facing “great difficulties”.

In one message on Facebook, on 19 November, Horn said the climate change affecting both poles is far more noticeable in the North – with the ice shrinking and becoming thinner. “This causes the ice to break up and move a lot faster than it used to, which are two of the biggest challenges we have been encountering so far on our adventure.

“It is sad for me to admit, but in all my years as a professional explorer, I have never been so affected by climate change.”

Horn and Ousland were last at the North Pole 13 years ago and he says there is a great difference. For a start they have seen more polar bears heading to the North Pole. “Their home is disappearing, and we are in part the cause of this. It is thus important for me to share these observations with you. The world is changing right under our noses, and the speed at which it is changing is terrifying,” he says.

But he adds that “the power of ice in movement scares me more than polar bears”.

The ice is drifting… and not in a direction that works in their favour! So each day that they ski forward, they are also being taken backwards 3 to 5 kilometres. There is also the dark. The sun is not rising in the Arctic anymore (they had hoped to finish by mid-November before they discovered how thin the ice had become), so they are plodding forward in darkness.

There is open water where there shouldn’t be. Horn describes the moving ice blocks they are walking on as moving around “like an inflatable mattress floating on water”.

He said on 16 Nov: “I guess there are bad days, good days and even worse days…”

Annika would like to send a helicopter and French reports are intimating that he may be “urgently” rescued because he is “trapped”, but her father has not yet asked to be rescued; and says simply “we no longer have the luxury of resting”.

Annike says she is remaining “optimistic” and reminding herself that “as my father says, there are no problems, only solutions”.

On Facebook, Horn wrote a few days ago (19 Nov): “Sometimes I wish I was rather in Antarctica [where he concluded the first part of his Pole2Pole expedition in 2017, crossing Antarctica via the South Pole] and not here pushing ourselves to the max for only minor progress, but then I remember my own philosophies… Never wish to be elsewhere than where you are right now. There is something positive to retrieve from even the most uncomfortable situations…”

Their expedition spokesperson is not too concerned. Lars Ebbesen told Agence-France Press that the men (who are totally on their own) should reach their destination – Svalbard, where they’ll be picked up by their boat, Pangaea – within 10 to 12 days.

Despite Horns’ daughters’ concerns, Ebbesen said the weather is improving and “there is no danger, no huge drama. But it is touch and go – a mad dash to reach the goal. We are considering how to get more food to them in case it takes longer.”

He said the frostbite they have is quite normal.

The Guardian newspaper reports that rescuers in Norway have said they are “considering precautionary plans” – including a helicopter or ship – should the two want to be rescued.

Horn was born in Johannesburg, and studied at Stellenbosch University.

Yesterday he said: “It is finally time for us to go back home to our loved ones!”

Expedition Update 33: Last night was our coldest night so far. @BorgeOusland and I didn't manage to sleep much, the cold kept on waking us up. So we got up, out of the tent and started skiing at -40C in a beautiful clear night with the moonlight reflecting on the snow. This was the first clear night since we left the North Pole. Although the moonlight offered us a beautiful setting to walk in, today was another close-disaster day; but thanks to the good reflexes we have acquired over time, the situation turned out to be manageable. As we were walking Borge’s sled got caught up on some ice, so he started tugging at it to release it but the pressure of the tug caused the ice below him to give way. It was only at that moment that we realised we were walking over very thin snow-covered ice. Half of his body fell in this slush icy water, but he immediately rolled himself back and managed to get back on the more solid ice. He was wet from the waist-down on the outside of his clothing but luckily the moisture hadn’t made its way through the layers to the skin. As soon as he was out, he rolled himself in the snow to absorb a max amount of moisture. We call this method freeze drying: the moisture is absorbed and frozen by the dry snow, which can then be brushed off the exterior layer of our waterproof clothing. In these situations, the other person feels completely useless. There is nothing you can really do except assist with the detaching of the sled and potentially already setting up the tent urgently if clothing needs to be removed, changed and the body dried. We are slowly approaching the latitude of 85 degrees north on the Norwegian side, which for reminder is the same latitude where we got dropped off by Pangaea on the Alaskan side. But in the meantime we covered over 1000km of terrain passing by the North Pole. Our goal now is to power our way through to 84 or 83 degrees north with the remaining food we have, which slowly but surely starting to run out. But we are well prepared and have explored all possible alternatives, with just over 10 days of food left, it is finally time for us to go back home to our loved ones! #NorthPoleCrossing #Pole2Pole #MikeHorn

Hard to believe that we've been on the ice for almost 2 months now. Since @BorgeOusland and I started our expedition…

This video about the explorers’ current plight is in French:

The video shows footage of the two men on their cross-country skis on the Arctic Ocean, and explains how it has become a ‘nightmare’ with fragile ice breaking, and the men suffering frostbite. It also includes his daughters, the climatologist quoted above, and shows the satellite images that show how much the ice has shrunk over the years; and says Horn may be rescued urgently if the situation doesn’t improve imminently.

Mike Horn discusses the expedition before they left:

The beginning of an expedition is always exciting! It’s the moment everyone gets together, and the anticipation starts building up because we all know, something epic is about to come up..📸 @etienneclaret.#mikehorn #borgeousland #pole2pole #northpolecrossing

In its most recent broadcast, Carte Blanche investigated climate change and the impact on parts of South Africa, like the Kalahari which is hotting up and threatening the life of species. If you’re overseas, you can stream it here in most countries. 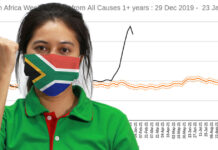 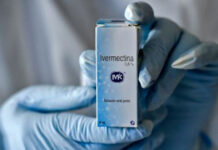 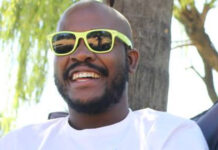