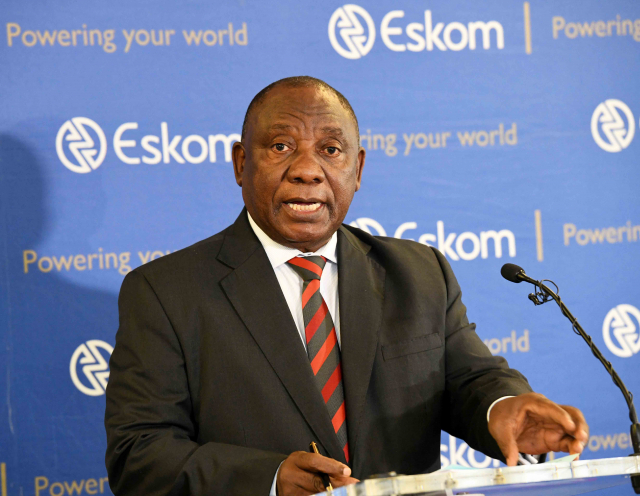 President Cyril Ramaphosa has assured South Africans that power utility Eskom will keep the lights on this Christmas, and has revealed that the latest crisis was caused in part by deliberate sabotage. (Watch below.)

President Ramaphosa said it has been established that there was an act of sabotage that saw the already constrained system shed 2000 megawatts.

“There was also an act of sabotage where someone in the Eskom system disconnected one of the instruments which led to one of the boilers tripping,” said President Ramaphosa.

Addressing South Africans in a live broadcast, the President reassured South Africans that: “Eskom has given an assurance that from the 17th December 2019 to 13 January 2020 we should not be in a position to have any form of load shedding.”

Ramaphosa was speaking after meeting with the Board and Management of Eskom on Wednesday, where he was briefed on plans to mitigate and resolve the current electricity crisis affecting the country.

An investigation into the acts of sabotage is underway.

“I have directed that the sabotage acts must be investigated and they [Eskom] must work with the South African Police Services and intelligence.

“We want security increased so that no one ever gets the opportunity to engage in acts of sabotage,” said the President.

Other challenges cited by the President that led to the load shedding include aged infrastructure, cable theft compounded by the week long rains that engulfed parts of the country.

In a first for the country, the utility surpassed the Stage 4 mark and implemented Stage 6 load shedding on Monday.

In a bid to mitigate the strain on the utility, the President instructed that all leave for executives and managers was cancelled, to allow the top brass of Eskom to adequately deal with the challenges.

Meanwhile, the President said government is working to ensure that Medupe and Kusile come on stream next year with the first unit from Kusile set to come on the grid by June 2020. – SAnews.gov.za