Beyers Coetzee had a dream to see the elephants of Mawana Game Reserve in KwaZulu-Natal, South Africa, live out their days in peaceful co-existence… writes Louzel Lombard Steyn. 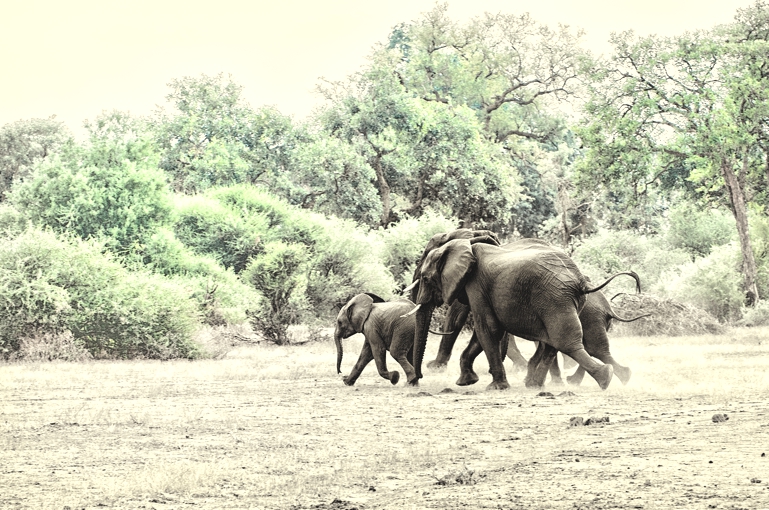 He hoped to establish a reserve where ecology and community thrived. In the end, it was a dream he gave his life for.

The 45-year-old conservationist was killed by two elephant bulls last week while trying to chase the herd back onto the Mawana property, Conservation Action Trust reported.

According to Coetzee’s brother-in-law, Johannes van der Walt, he fired shots into the air hoping to scare the elephant herd back when two bulls stormed from a thicket and trampled him to death.

Coetzee, a qualified architect, migrated to full-time conservation two years ago. He is survived by his wife, Una, and two young children.

The Coetzee and Van der Walt families, trustees of Mawana, have called on the authorities not to harm the elephants.

“[Beyers] would have always protected the elephants. It was something he believed in so strongly that, in the end, he paid for it with his life. For us to harm the elephants now would be immoral. They were provoked and, unfortunately, acted accordingly.”

“To blame or cull the animals now will be a serious indictment against humanity and the spirit of ubuntu, which Beyers had in spadefuls. His death was a freak accident… and one which we humans need to take complete responsibility for.”

Ezemvelo KZN Wildlife spokesperson Musa Mntambo said they must still investigate the circumstances surrounding the incident before a decision is made about the elephants.

“We are in the business of conserving animals and the decision to destroy any animal is taken with a heavy heart, in most cases only to prevent further loss of human life.”

Van der Walt, speaking on behalf of the family, said Coetzee’s death was an enormous tragedy and a huge loss, not only for the elephants he protected but also for his family and friends.

He said they have a responsibility to safeguard his legacy and the Loziba Wilderness Project he devoted his life to.

Mawana formed part of the new Loziba Wilderness Project – a mega reserve that’s being established in northern KwaZulu-Natal. The reserve will be a joint venture of community- and privately-owned land and will ultimately cover an area of approximately 40 000 hectares.

Mawana will be at the centre of the new Loziba project, dubbed so by Coetzee himself. It is situated in the Black Imfolozi valley area, one of the last remaining black rhino strongholds in the world.

‘Everyone and everything can benefit’

The road to establishing the project was challenging. As it stands, Mawana’s trustees were served by Ezemvelo KZN Wildlife with a final letter of demand over non-compliance regarding the property’s fencing.

According to Ezemvelo KZN Wildlife, sections of Mawana’s perimeter fence are in a dilapidated state allowing the elephants to walk out of the reserve into neighbouring communities. Since the inception of Loziba, however, landowners and communities in and around the reserve have started to embrace the elephants for the critical role they can play in the reserve.

Coetzee was actively involved in fixing the fences to comply with regulations. He had worked tirelessly to keep the elephants within Mawana’s borders to save them from being destroyed as damage-causing animals.

“Beyers had a love for the Loziba Wilderness, which he was trying to establish,” fellow conservationist Dereck Milburn said. “He lived for it. It was his pride and joy.”

The new reserve hopes to bring in much-needed infrastructure like fencing, the management of alien species invasion and erosion control in the Black Imfolozi region.

For surrounding communities, the project holds job opportunities, foreign exchange income and revenue streams into the community, said Fowlds, who worked on the project alongside Coetzee.

Van der Walt said he saw “the elephants as a catalyst to develop the area as a conservation area”. He said the project can provide hope for all the surrounding communities.

“Everyone and everything can benefit from the project. But if we lose the elephants now, the opportunity will be forever lost.”