The number of positive Coronavirus cases in South Africa has risen to 927, up 218 from a day earlier, according to the NICD. The increase yesterday was 155. 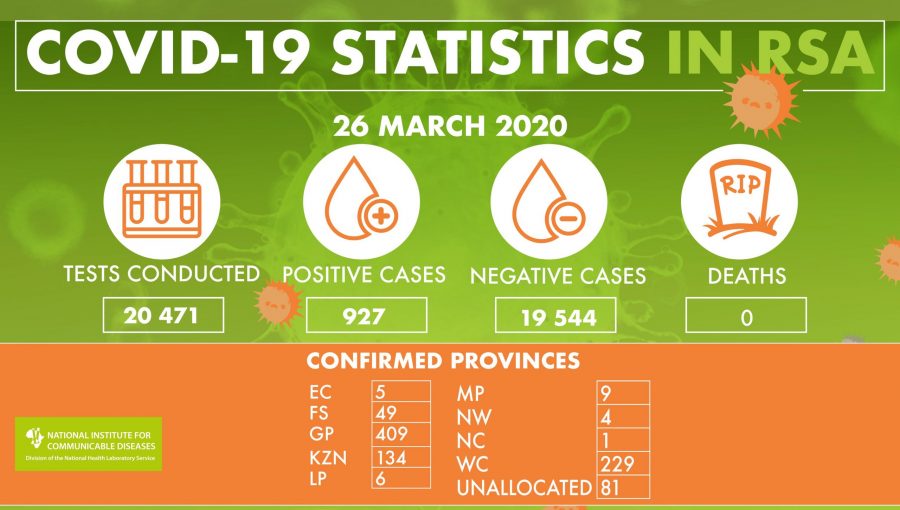 The upward trend in new infections is continuing, according to the figures released by the National Institute for Communicable Diseases, which said in a statement late today that “cases of COVID-19 are increasing and transmission is on-going in South Africa.”

“As we approach the national lockdown period of 21 days, we remind everyone that human behavior is key to preventing the spread of the virus,” the NICD said.

Since March 13, the daily totals of positive tests for the Coronavirus have risen as follows.

The NICD regularly exhorts the population to be careful and safe.

“Individual behavior is key to containing the spread of the virus, and involves taking personal responsibility for measures, such as regular hygiene practices, early self-isolation and personal social distancing.”