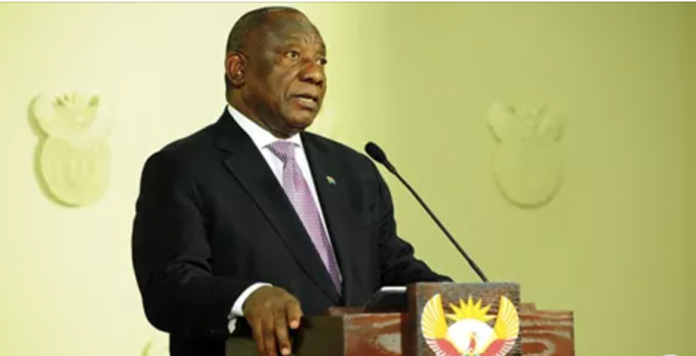 “Tonight we saw a president so determined to avoid taking responsibility, that he now seeks to blame the very citizens he has failed to protect,” said Steenhuisen in a press statement after President Ramaphosa addressed the nation on Sunday night about the country’s response to the Covid-19 pandemic.

“Government’s reintroduction of an alcohol ban and a night-time curfew is simply to distract from the real issue: the utter failure to build treatment and testing capacity,” says Steenhuisen. “These ineffective gimmicks are an attempt to obscure the truth of our situation: that national government has completely and utterly wasted South Africa’s long and crippling lockdown.”

Steenhuisen says South Africans have made huge sacrifices to buy time for government to build treatement and testing capacity… “yet government has nothing to show for it”.

The DA leader claims: “Only one province – the DA-run Western Cape – used the lockdown effectively to build field hospitals. And I mean properly equipped and staffed field hospitals, not rows of beds bought from furniture stores with no staff or oxygen infrastructure. Apart from the one field hospital in the Eastern Cape, built by the private sector, there are no up-and-running field hospitals in the other eight provinces.

“So while there is spare capacity in Western Cape field hospitals even as infections peak there, the people of ANC-run provinces are left fighting over oxygen, and for their lives while money allocated for boosting public healthcare haemorrhages under corruption and scooter scandals. Instead of effective testing regimes, quarantine facilities, hospital beds, oxygen and caregivers as infections spike, there is the usual corruption and scapegoating.”

Steenhuisen says the argument about alcohol trauma putting the system under pressure is simple an excuse.

“Alcohol is the scapegoat, not the reason. A curfew gives an illusion of control, when quite clearly the government has no control over the real issue, which is treatment and testing capacity. These are false narratives that should not divert us from what we need to do.

How can it be legal to visit a casino or a church service with 49 other people, but illegal to see one’s own family?

“The DA rejects the ban on family visits. It fundamentally undermines the right to dignity and goes to the heart of what makes us human. How can it be legal to visit a casino or a church service with 49 other people, but illegal to see one’s own family?

“We need a Marshall Plan to build treatment and prevention capacity. Government must have the humility to ask the private sector for help and must learn from what is working in the Western Cape. Every available resource must be rallied to the cause.”