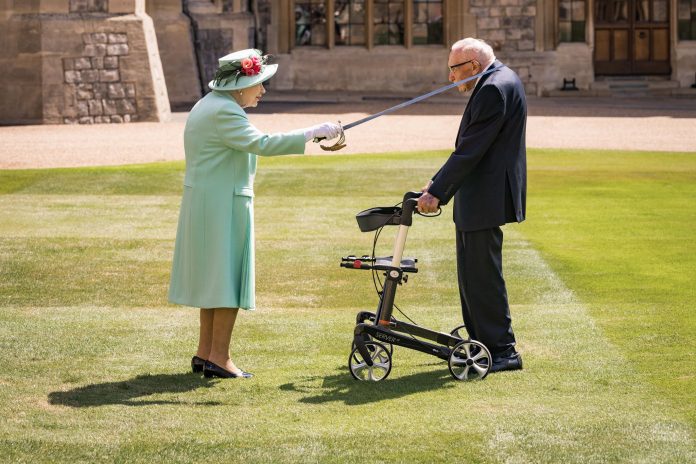 The Queen conferred the Honour of Knighthood on Captain Tom Moore at an Investiture at Windsor Castle on Friday 17 July, announced the Royal Family page today, featuring the below photos. 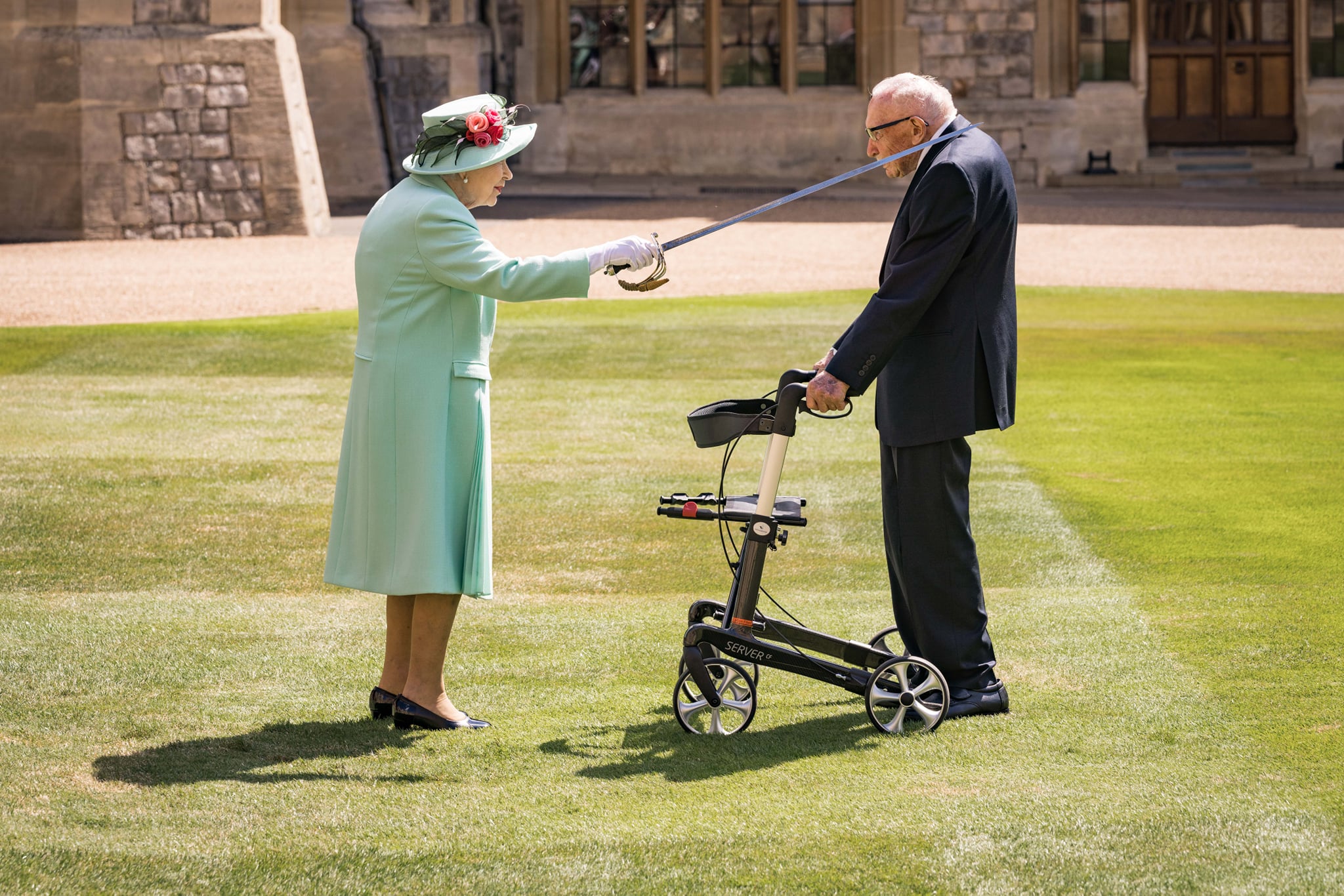 ‪In April, World War Two veteran, Captain Sir Tom Moore embarked on 100 laps of his garden with the aim to raise £1,000 for NHS Charities Together and has now raised over £32 million for the NHS, and inspired so many people along the way. ‬ 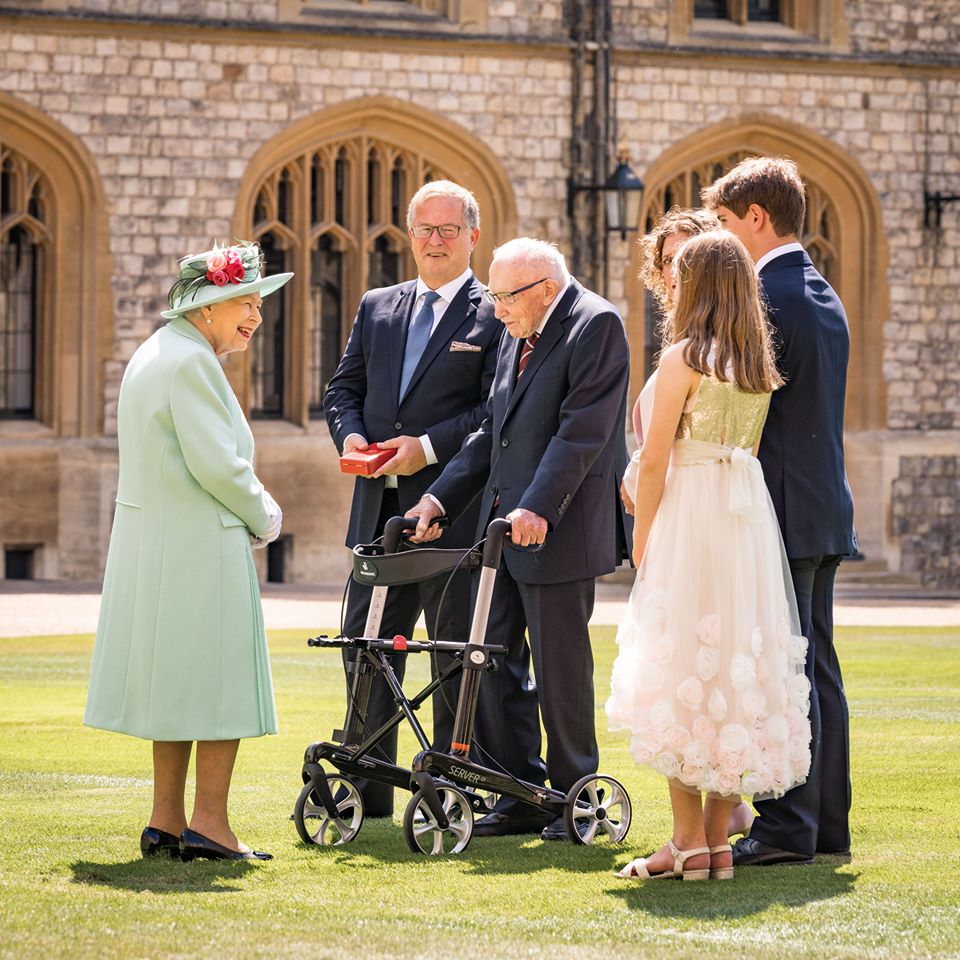 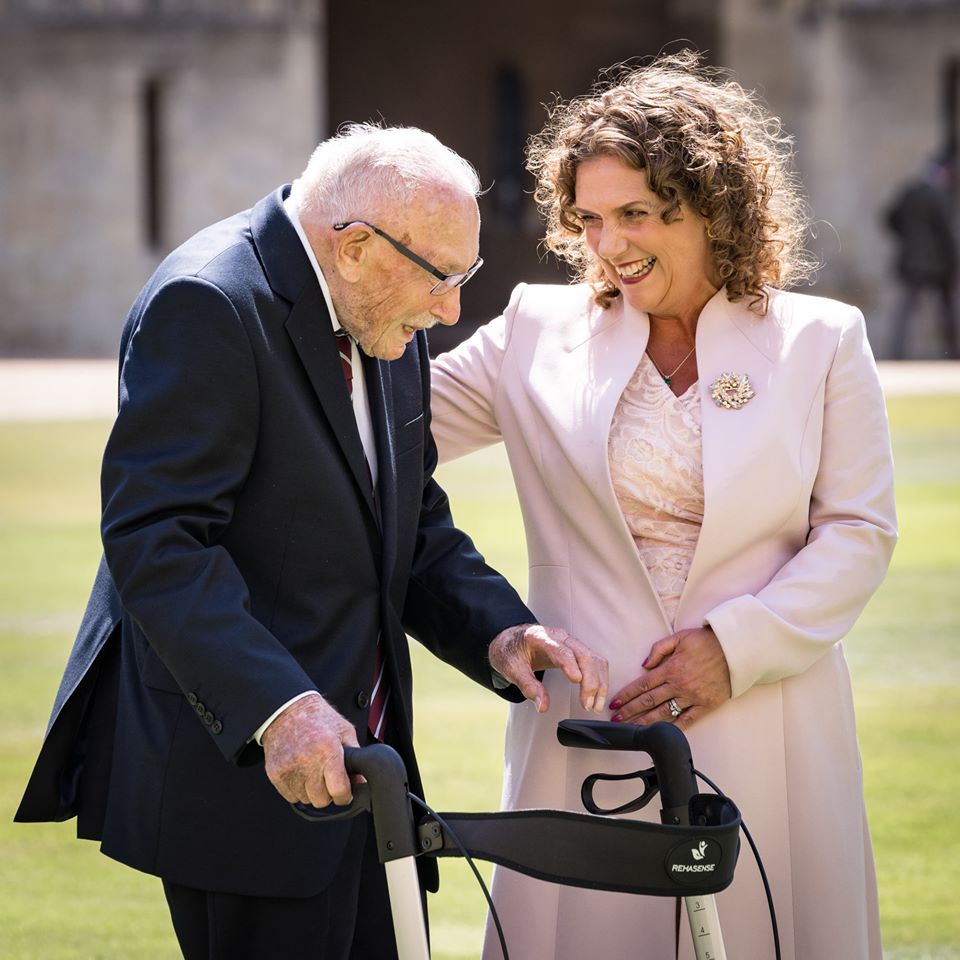 The Queen awarded Captain Sir Tom Moore with his insignia of Knight Bachelor, after knighting him with the sword that belonged to her father, King George VI. 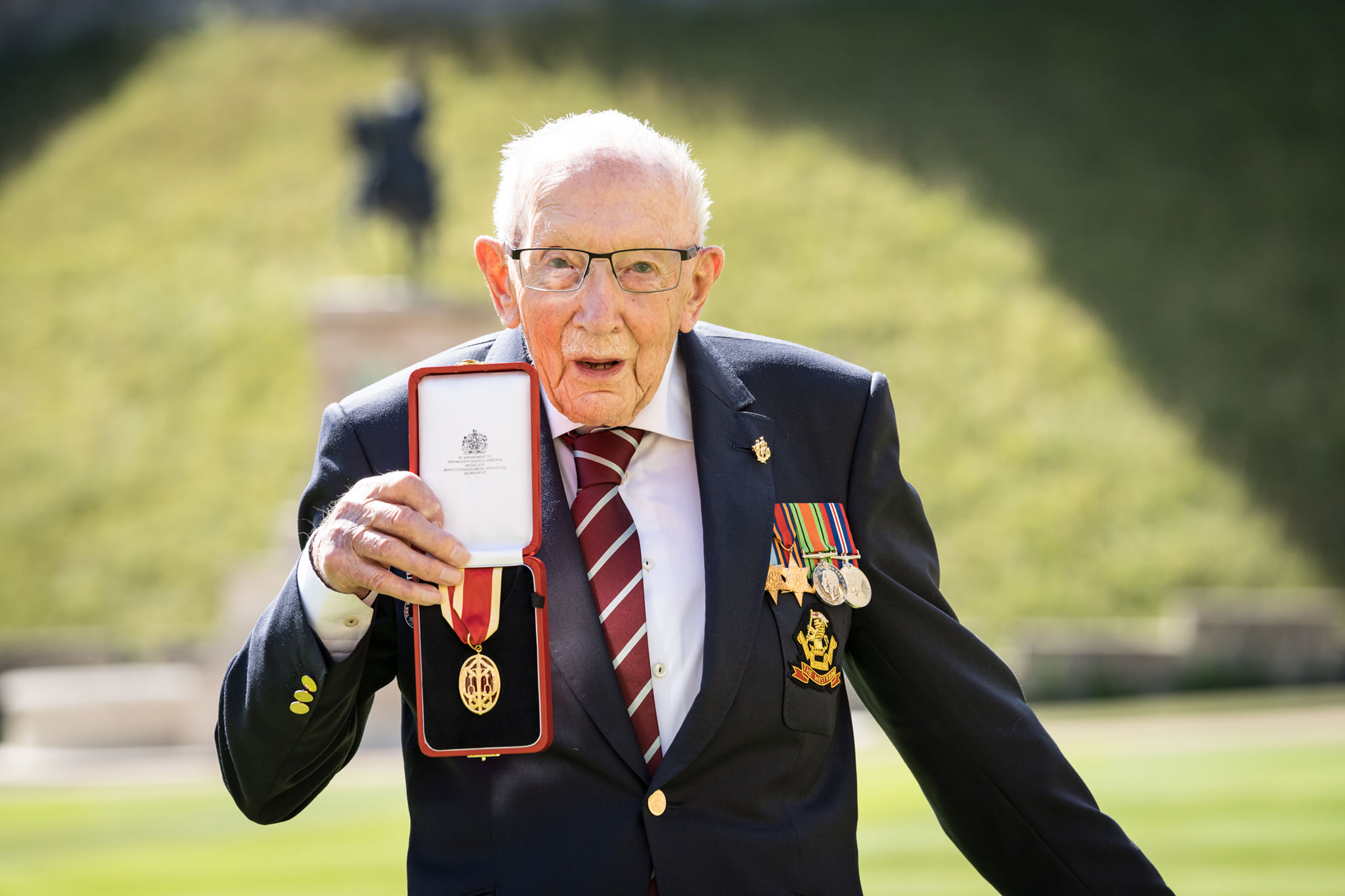