Droogtehulp, a non-profit organisation that strives to help farmers, is also helping make truck drivers dreams come true in South Africa. The photos below say it all as Aaron, a truck driver from Mpumalanga saw the beach for the very first time in his life… at the age of 46.

Droogtehulp CEO Burre Burger said Aaron recently delivered a truck full of maize to the Namaqualand. While talking to farmer Jasper Mostert, he discovered that the sea was 20km away… and his eyes lit up.

Burre says: “After the maize was bagged and loaded on bakkies, Aaron told one of the farmers that his biggest dream was to see the ocean.” Jasper’s day had been made with the arrival of the maize… so he then made Aaron’s day by taking him to the beach! “So for the first time in 46 years Aaron saw the ocean. Thank you Aaron for delivering every truck of maize with a smile.” Burre also thanked Jasper for making Aaron’s day. 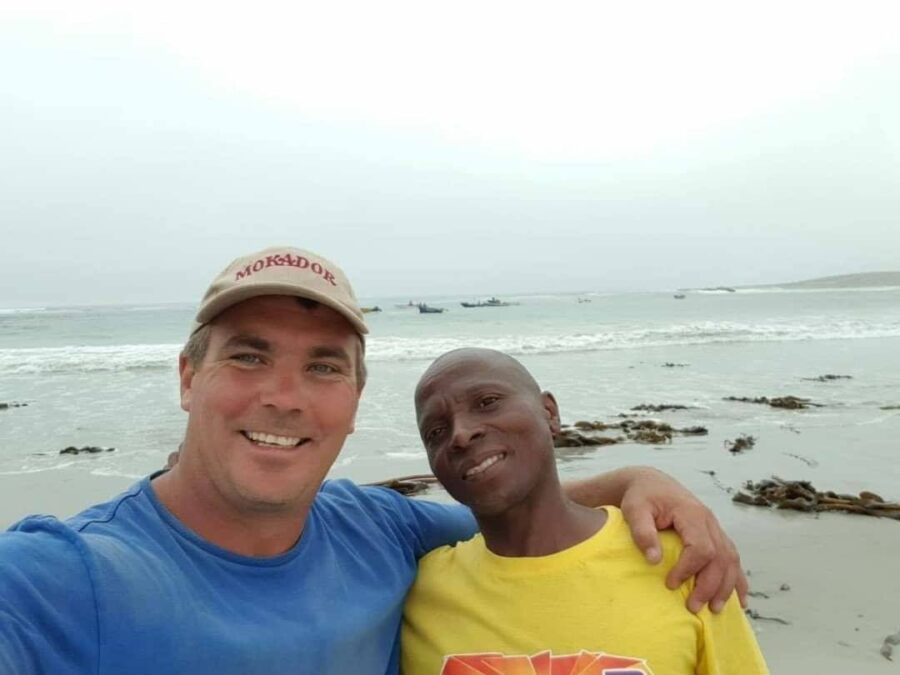 Burre says: “We try to give everyone hope. Al het ons niks het ons steeds baie…” (Even though we have nothing, we still have a lot.)

But Aaron’s not the only drought-relief truck driver whose dream has recently come true in South Africa.

Burre said yesterday that while they were busy offloading grain in Mosselbay, Droogtehulp asked the two truck drivers what their biggest dream was. They said: “To fly in a Helicopter.” Watch the video below – their faces say it all… (and you’ll battle to not smile along too!)

You can support Droogtehulp here: