Tech journalist Duncan McLeod was one of the first to notice the current information pins – which include a baseball field, planetarium, ice rink and “Showerhead STD & STI Vaccination Centre” (which when clicked on is described as a 5-star night club). 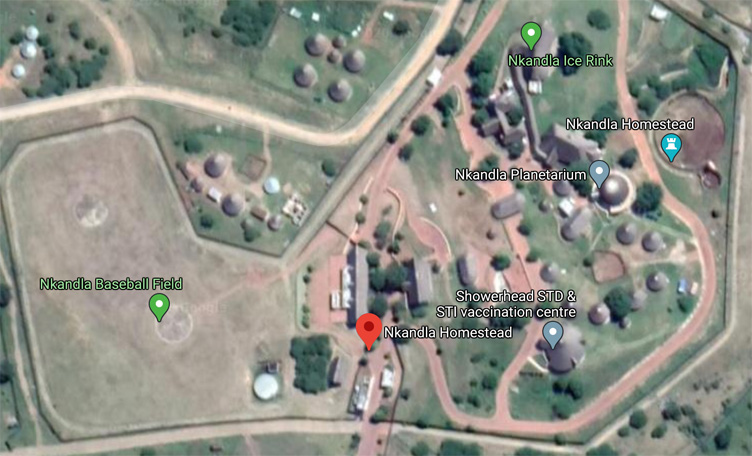 A zoomed-out view also displays the Nkandla Playground which is a sports ground.

After then Public Protector Thuli Madonsela in 2015 found Zuma was liable for certain non-security features (including a swimming pool) to his home, then Police Minister Nkosinathi Nhleko refuted her claims, saying the pool was a ‘firepool’ and that it along with the new cattle kraal, chicken coop, amphitheatre and visitors’ centre were all necessary for the safety and security of the homestead. Nhleko went so far as to present a video demonstration on how to use a firepool!

Many have been disappointed that the Google Maps view doesn’t show the famous fire pool… but others pointed out it has been converted into an ice-rink for winter.

You can view the Google maps view here.