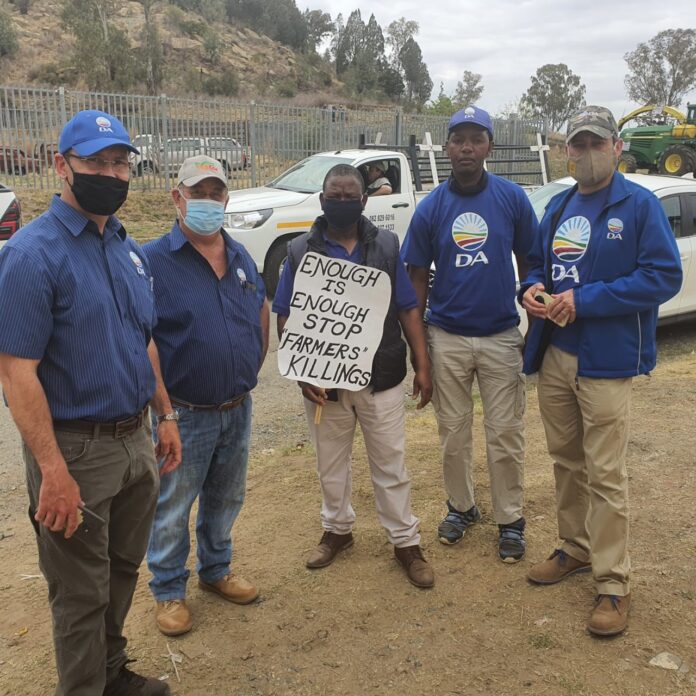 In a recent interview with News24, Police Minister, Bheki Cele, scapegoated and victim-blamed farmers for the brutality, torture, rape, mutilation and murder of farmers and their families. To state that the motive for these brutal attacks is due to worker conditions show utter ignorance on the part of the Minister… writes Dianne Kohler Barnard MP – DA Shadow Minister of State Security

While the Democratic Alliance (DA) will never claim that there are not cases of worker mistreatment, and that these cases must be investigated and condemned, to throw this blanket of culpability over every farmer in the country and to use it as an excuse for torture – is outrageous and about as low as one could expect an ANC Minister to go.

Zero effort has been made by the government to update the 18-year old research project into the causes of these attacks, and for Minister Cele to simply determine the cause without investigation or indeed knowledge of the local communities at all, was nothing short of victim-blaming.

The Minister also claimed in his interview that he would never stir tensions between communities. However, as fast as the DA and others work towards easing tensions between the South African Police Service (SAPS) and fearful, farmers, so Minister Cele, walks behind us destroying any goodwill between these two entities.

In Newcastle, KwaZulu-Natal he lambasted a farmer and Chairperson of the local farmers association, for daring to ask what he should do when his fence was cut and cattle driven in to feed on his crops. Rather than ease fears, he was strident and showed zero sympathy for a community reeling from the latest murders of their friends and family members. He is a public servant, and today we are reminding him that he is here to serve the people of South Africa, not treat them like latter-day surfs.

His job at that gathering in Normandien should have been to reassure both farmers and farm workers alike. Instead he threw a bucket of petrol on the already smoldering fire.

Furthermore, the Minister should look at his own party following his comments that the delay of dealing with the land issue adds to tensions. Both farmers and farmworkers alike made reference to the slow pace of land reform, with commercial farmers speaking of the uncertainty they live with on a daily basis. Indeed the Minister of Agriculture, Rural Development and Land Reform, Thoko Didiza, admitted to the DA recently that her department has no idea of the outcomes of their own land reform programmes. The blame for the slow progress in land reform therefore lies squarely at the feet of the ANC government.

All in all Cele, as ever, missed the point. These brutal farm attacks continue to go on unabated because rural police stations are in dire straits. They are poorly resourced, the last to ever receive new equipment, short staffed, poorly trained and rarely have working vehicles. This is a result of years of poor, unplugged political leadership. The logic is simple – if there was more police presence and more dedication to solving rural crime – there would be less temptation to commit crime.

This is why the DA, in it’s 16-point plan on how to deal with rural attacks, listed declaring these attacks to be Priority Crimes and Hate Crimes. Cele has continually fudged this issue, claiming they were already Priority Crimes, then stating that they weren’t, then saying they were on a list somewhere.

The reality is that Cash-In-Transit heists are a Priority Crime. As such, more resources, manpower and expertise are dedicated to keeping our cash safe. Does the Cele value cash more than he does the lives of rural residents?

After belittling farmers, blaming farmers and basically telling them to suck it up – Cele says “we” need to work on preventing farm attacks and ensure food security.

Yes you do, Minister. However, that means decisive action, not mere hot air. Cele’s inaction in protecting rural residents and rarely showing any movement unless it is after a terrible farm murder, created the very climate that allowed Brendin Horner’s killers to believe they could act with impunity.

While the sight of a small group of farmers protesting and moving on the Court in Senekal shook South Africa, the reality is that had the current Minister of Police lead instead of blaming, that anger would in all probability not boiled over as it did.

Cele has had every opportunity to deal with this issue, and there are now white crosses as far as the eye can see – each reflecting another rural murder. It has become obvious, even to those who wanted to give him the benefit of the doubt, that Minister Cele is not up to the job, any more than he was up to the job of National Police Commissioner.

The President should now break his silence, condemn the horrific attacks on farms and replace Minister Cele before another farmer or farmworker is tortured to death.