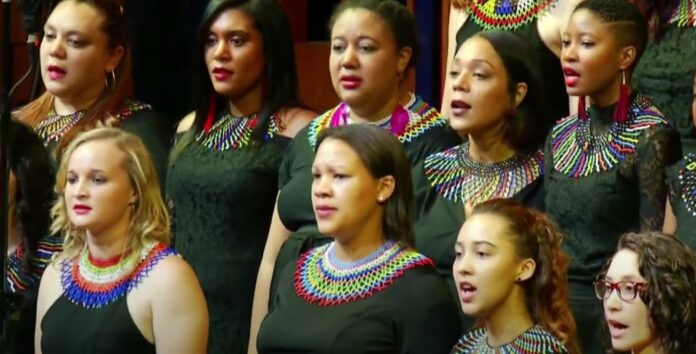 If you’ve never heard of this beautiful South African Christmas carol, turn it up, sit back and let the music and lyrics wash over you. It’s called ‘Come, Colours Rise’ and was composed by Grant McLachlan with lyrics by Frank Barry. It will leave you with a lump in your throat as big as Africa.

The South African Christmas Anthem is performed in this video by the New Apostolic Church Choir and Orchestra South Africa, with amazing conductor Edwin Mitas.

Grant McLachlan says he and Frank Barry wrote the SA Christmas carol in 1995 following the euphoria of South Africa’s first democratic elections. Since then it has been performed by dozens of choirs around Africa and the world.

“Come, Colours Rise is both a Nativity anthem and a call to all Africans to unite in faith. It was also composed partly in response to the many Christmas carols we sing in South Africa mentioning snow, which many of us have never seen!” says Grant.

He says the inspiration came from Archbishop Desmond Tutu’s reference to South Africans as the ‘Rainbow Nation’. “The rainbow and other images refer both to the natural beauty stirring our pride and love of our country, and also to the beauty of our people’s different shades of colouring,” says Grant.