From the start of local matchmaking reality show, The Bachelorette to international hits like Grey’s Anatomy season 17, DStv is celebrating love in all of its forms this month. And Showmax has new and old classics. (And a fab deal on right now – pay for one month and get two extra free!)

Look out for the premier of local movie One Night KwaMxolisi, the riveting brainchild of Sisanda Henna which stars Linda Mtoba, Motlatsi Mafatshe and Donovan Goliath coming soon to DStv.

Coming this month: One Night KwaMxolisi 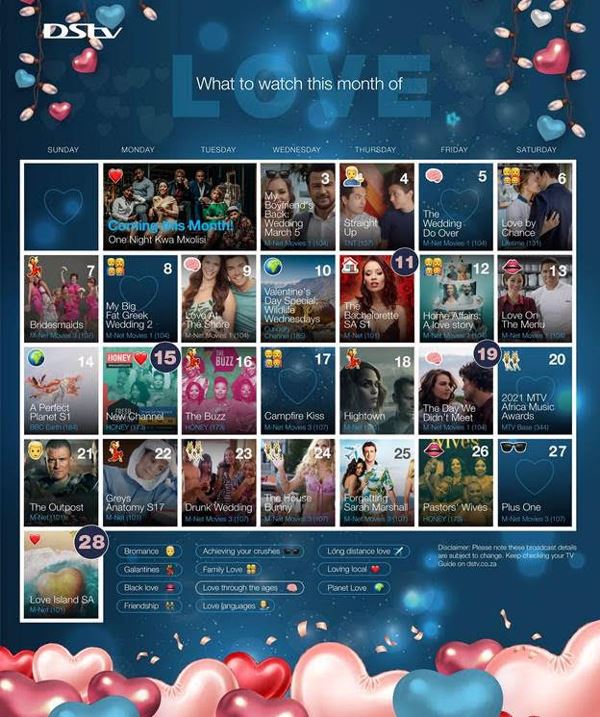 On Showmax, love is in the air with: The Photograph, Can You Keep A Secret, The Wedding Year and the following:

The Day We Didn’t Meet | First on Showmax

Boy meets girl, again, in The Day We Didn’t Meet, which follows one-time lovers Alex and Sam, whose reunion could be total coincidence, or fate giving them one last shot at love. In a game of ‘let’s pretend’ that spirals out of control, the two find themselves pretending they’re an old married couple, but reality keeps knocking at the door until they are unable to seek refuge in their fabricated fantasy.

No Hiding Here | First and only on Showmax