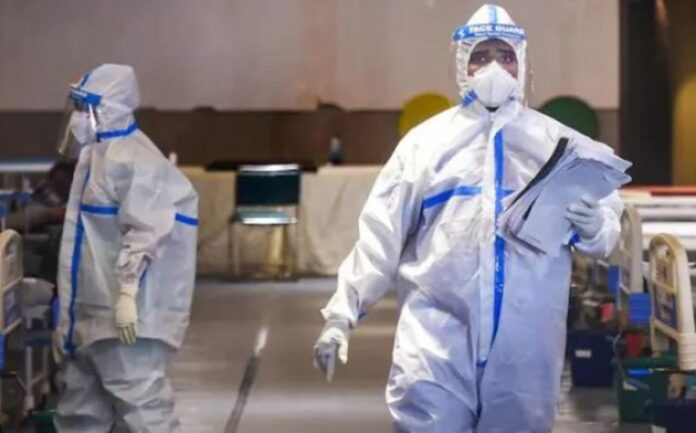 While the number of COVID-19 cases has been steadily increasing, South Africa has not hit the third wave yet.

According to the Department of Health, the number of new infections peaked from 8 593 cases between 26 April to 2 May. Between 3 May and 9 May, cases rose to 12 531, constituting a 46% increase.

According to the department, all provinces showed a positive percentage increase with the Northern Cape showing a 68% peak in the last seven days, followed by Gauteng at 63%, Limpopo at 47%, North West at 42% and the Western Cape at 39%.

“As much as these figures are worrying, our resurgence dashboard, which was developed by the South African COVID-19 Modelling Consortium, which is updated thrice a week, still shows that we have not, as the country reached a resurgence threshold though some districts in the country are fast approaching the threshold,” the department’s statement read.

The department said 25 healthcare workers tested positive for COVID-19 between 3 May and 9 May, pushing the cumulative number to 56 059 to date.

According to the department, 7 839 required admission, 6 881 have been discharged and 83 are currently admitted.

In the meantime, the department is working with provinces to update their resurgence plans to ensure that these are activated.

“As the country, we are on high alert, and we know that the main drivers of the new wave will either be the resurgence of new variants and/or the fatigue from adherence to non-pharmaceutical interventions.”

The department is also working closely with the genomic sequencing team to ensure they can pick up new variants earlier.

“So we want to assure South Africans that we have not yet hit the third wave however we are at risk and we hence need to be on heightened vigilance as a country,” it said.

Three provinces recorded double-digit deaths in the last 24 hours of which 27 occurred in Gauteng, 13 in Free State and 12 in the Western Cape.

In addition, both KwaZulu-Natal and Mpumalanga reported five fatalities each, while four were recorded in the Northern Cape.