South Africa has recorded at least 9020 new cases of COVID-19 over the past 24-hour cycle, with a positivity rate of 26%. 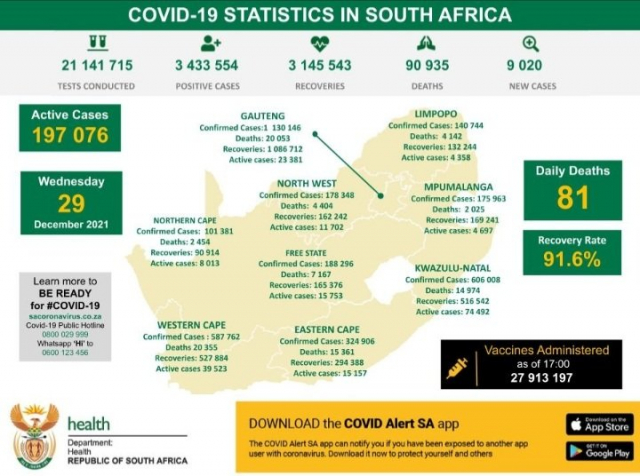 COVID-19 related deaths have increased by 81, with official fatalities now reaching 90 935. The excess deaths are reportedly more than double that figure.

According to the National Institute of Communicable Diseases (NICD), the majority of cases were recorded in KwaZulu-Natal with 2 522. The Western Cape recorded 1 961 new cases and Gauteng accounted for 1 859 new cases.

Hospitalisations due to the virus increased by at least 300 more cases overnight, with at least 458 people seeking admission.

Some 48 874 more COVID-19 vaccines were administered on Wednesday, which now brings the total number of vaccinations to about 27.9 million. – SAnews.gov.za