Are Johannesburg’s affluent northern suburbs being terrorised by someone with an appetite for fire? Recently, at least 11 upmarket homes have been broken into and set alight, raising fears that an arsonist is at work. Heartbroken and confused, homeowners in some of Joburg’s upmarket northern suburbs believe they’re being terrorised by an arsonist (nicknamed the Sandton Arsonist). But is there more to this devastating crime spree? Carte Blanche investigates…

You can watch the show on Sunday 8 May in South Africa on DStv Now or stream it overseas in most countries from 10 May if you’re abroad. 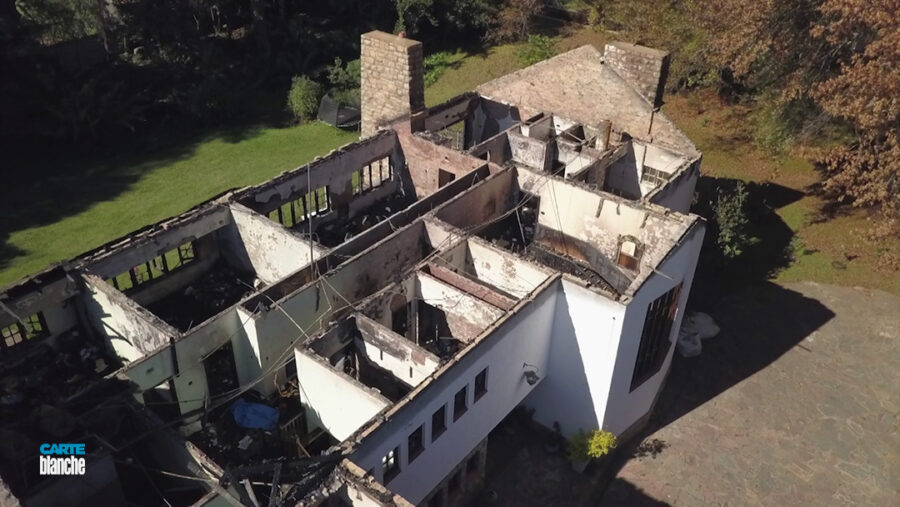 Does the evidence support the conclusion that there’s an arsonist at play? In some cases of these homes going up in flames, valuables were stolen… while in others the homeowners appear to have been deliberately attacked. Yet, despite the different modus operandi, the suspect or suspects’ penchant for fire has investigators puzzled.

According to eblockwatch founder, Andre Snyman, a suspected arsonist enjoyed a snack of apples and some wine while watching one home in Joburg go up in flames from the neighbour’s property. Could this individual be behind several other suspicious fires in the area? Snyman says “sometimes he eats, sometimes he drinks, sometimes he wees in the kitchen”! Snyman says the ‘Sandton Arsonist’ has set 14 houses alight so far.

Watch the show overseas on Showmax International from Tuesday
Watch in SA on DStv Now on Sunday.

According to eblockwatch founder, @Snyman, a suspected arsonist enjoyed a snack and some wine while watching one home in Joburg go up in flames. Could this individual be behind several other suspicious fires in the area? @bonglez finds out this Sunday 7pm on #CarteBlanche pic.twitter.com/okvqtko5kg

Also coming up on Carte Blanche this Sunday 8 May 2022

“My wife had a difficult first pregnancy; our daughter arrived in this world late and in distress. And I know from that experience the extraordinary medical training required to ensure a healthy – if fraught – delivery. Something glaringly missing from the CV of the self-styled “birth keeper” we expose in Sunday’s show,” says John Webb, Executive Producer.

For some expectant parents, the opportunity to enjoy a more intimate, natural birth experience at home – supported by a trusted midwife – is sought after. And that was true of a Cape Town couple who secured the services of a “midwife” recommended to them by a local businesswoman.  But within hours of labour, and as their unborn baby went into distress, they realised the person in whom they’d placed all their trust was not what they believed her to be. And they’re not alone. Carte Blanche investigates how this self-styled “birth keeper” has so far escaped accountability. (Producer: Tarryn Crossman | Presenter: Masa Kekana)

Three babies die, allegedly at the hands of an unregistered midwife. How has she been able to illegally birth babies for ten years? @MasaKekana wants answers this Sunday 7pm on #CarteBlanche on @MNet channel 101. #Midwifery #HomeBirth pic.twitter.com/BMaGBj6XPF

In 2013, Simone Blanckenberg was a dedicated runner and new mom to a beautiful baby boy. She’d beaten cancer – twice – and was finally in remission. Then, just three days after giving birth, her leg became excruciatingly painful, swelling to double its normal size. The diagnosis? A debilitating condition called lymphoedema: a delayed side-effect of the life-saving cancer surgery she’d undergone a few years before. Now, an innovative operation which closely mimics the cosmetic procedure liposuction is helping her live a full life again.  Carte Blanche explores how this medical solution – a first for the continent – is giving renewed hope to lymphoedema patients. (Producer: Latashia Naidoo | Presenter: Masa Kekana)

A Need for Speed

At the 2022 South African Junior Athletics Championships, it took just 11 seconds for a young woman from the Eastern Cape to make a global impact on the track. She smashed the national record for the 100-metre sprint and also set a new under-18 record for the 200-metres (which had remained unbroken for exactly 40 years), Viwe Jingqi is now the fastest under-18 female in the world, this year. Now, the 17-year-old sprinter is aiming to represent South Africa at the Olympic Games and bring home the medals.(Producer:  Sophia Phirippides  | Presenter: Claire Mawisa)

RT From smashing the 100-metre sprint in under 20 seconds, to breaking a 40-year-old record… could 17-year-old South African athlete Viwe Jingqi become the next golden girl of world athletics? Join #CarteBlanche this Sunday at 7pm on @MNet channel 101 for more. @clairemawisa pic.twitter.com/NLMhXO3DDH