In honour of World Ranger Day, which took place on the 31st July, nominations have opened for the 2022 African Conservation Awards.

This is an annual celebration to recognise the brave men and women across Africa who play a vital role in protecting our endangered species and in doing so raise awareness of their amazing work. 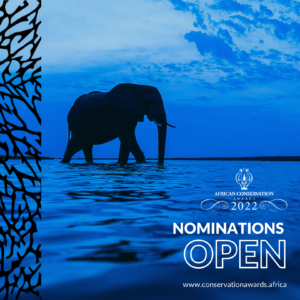 Often facing physical danger, political opposition and severe financial constraints, this selfless group of conservationists continue to work to save Africa’s natural heritage. The awards serve to motivate these dedicated men and women to keep fighting to ensure the survival of our wildlife and wild places for the benefit of this and future generations.

During an address in the closing ceremony of the virtual Rhino Conservation Awards last year, Game Rangers’ Association of Africa CEO, Andrew Campbell, announced an important and exciting change to the official name of the event. Newly launched as the African Conservation Awards – it highlights the need to reflect broader conservation efforts across the entire continent in support of all species and landscapes – marine and terrestrial.

The Awards have been given a fresh new look and feel and will, once again, be an in person awards ceremony hosted by the Game Rangers’ Association of Africa at the African Ranger Congress in Kasane, Botswana held between the 14 to 18 September 2022.

“The African Conservation Awards is a  ranger led initiative to recognise our colleagues and supporters doing tremendous work to protect nature across the continent.

Each year as the ranger community we are inspired by the incredible efforts of our ranger colleagues as they work to protect the things we all love.” – Game Rangers’ Association of Africa CEO, Andrew Campbell,

This will be the 11th year running for the African Conservation Awards.  Founded by Dr Larry Hansen (Founder of the ‘Carl Zeiss Tiger Conservation Award’) and Miss Xiaoyang Yu (Founding Partner of China New Enterprise Investment) in 2011 alongside the Game Rangers’ Association of Africa to recognize significant role players involved in rhino conservation in response to the poaching onslaught that Africa’s rhinos were facing.

They have been well received by the African conservation fraternity, providing an important platform to elevate and celebrate these individuals and organizations on the ground. The awards are once again made possible with the support of sponsors CNEI, endorsed by the South African Department of Forestry, Fisheries, and the Environment.

The Awards welcome members of the public, non-profits, individuals within conservation organisations and governmental entities across Africa to submit their nominations for these prestigious awards to recognise outstanding conservation work in their sector.

Nominations for the African Conservation Awards 2022 have officially opened under the following four categories: 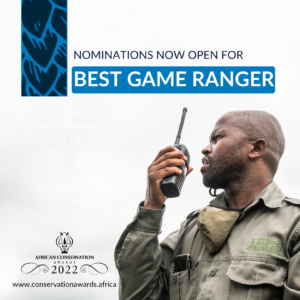 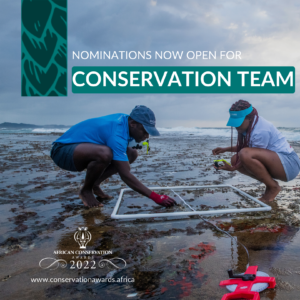 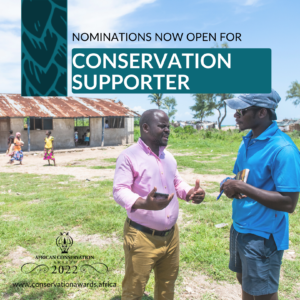 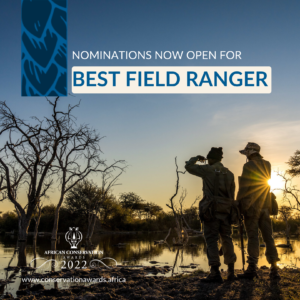 Nominate someone who deserves recognition for their indispensable role in amazing conservation work they do: https://www.conservationawards.africa

Nomination submissions will close on the 19th of August 2022.

Recognising a wide range of exceptional individuals and organisations and raising awareness of the amazing work they do.

Photos by Peter Chadwick and Marcus Westberg as part of the Game Rangers Association of Africa Ranger Legacy Project to raise the profile of Africa’s rangers and showcase their critical and diverse role in conservation supported by the Wildlife Ranger Challenge and the Scheinberg Relief Fund.

The Game Rangers’ Association of Africa (GRAA) is a non-profit organisation, founded in 1970 which provides support, networks and representation for rangers across Africa. The GRAA is a proud member of the International Ranger Federation (IRF) and the International Union for Conservation of Nature (IUCN) where it serves as the voice of the African ranger.