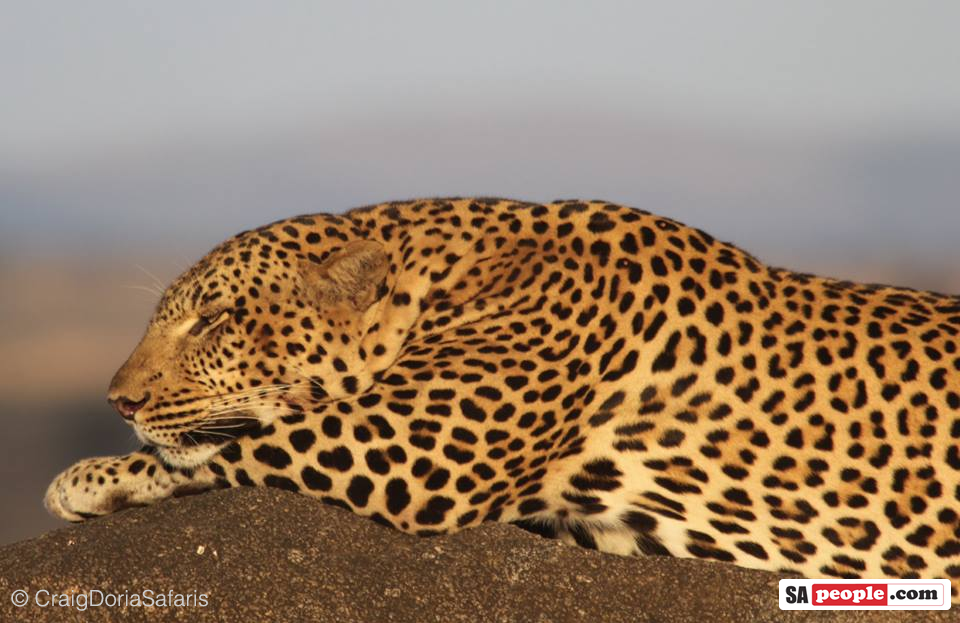 We laugh when foreigners think wild animals roam our streets, BUT…maybe we need to rethink our stance! After publishing a photo yesterday of a few zebras happily grazing in the middle of Mtunzini, we received a video showing a leopard wandering through a Coke factory in Polokwane! And apparently there are a few other wild animals out there on the loose…

A few weeks ago, a leopard was filmed on a CCTV monitor inside the Coke factory in Polokwane (which means Place of Safety!) in Limpopo. The footage below shows a filming of the monitor’s video.

According to a source from Environmental Affairs, the leopard entered the building around 3 am and nobody was watching the monitors at the time.

“We are not sure how the leopard went in,” he says, “but we tracked where it left through a window (a closed one) and then over the wall. We were called out the next day to ensure the building was safe.” It is!

“The factory is huge, and security is nowhere near where the leopard was,” confirms the source. “To be honest we didn’t believe them but we rocked up with rifles and shotguns to watch the videos…There is no doubt.”

He reveals that “we have also had a hippo in one of the suburbs about five years ago. That one we had to destroy but the leopard we are still trying to trap.”

He says that “what people don’t seem to understand still, is that at this very moment I have reports of four free ranging lions, plus unknown numbers of buffalo, cheetah, wild dogs, and elephants across Limpopo. Oh, and leopard, obviously.

“Our policy is to follow if we can, and only intervene if a problem arises. Preferably before anyone notices.”

So for those of us who like to tease foreigners with our wild stories of riding elephants to school – or cheetahs if we’re late – before collapsing into laughter…perhaps the myth is not so crazy?

Here are five more reasons why foreigners may think South Africa’s a little more wild than we make it out to be:

1. There aren’t many countries where you can spot zebras at a zebra crossing Villagers in Mtunzini, KwaZulu-Natal often report seeing zebras “lazily” wandering around town. Derek Fish took this photo a couple of weeks ago and said “I live in Mtunzini and the zebras roam our beautiful village freely – on that day they were at the top of my road, Azalea Avenue”.

2. When we talk about Monkey Business…we’re talking about real monkeys

And when they’re not getting up to ‘monkey business’ in the garden, they’re climbing through the windows to steal bananas from our fruit bowls…

Betty Bownath‎ wrote the following poem during her recent visit to South Africa:

If not, why do they jump onto tables
And grab bags with bright red labels

That say, “Marshmallows for little fellows”,
Then leap back without even a ‘hello’?

3. They’ve heard the one about the giraffe named Perdy who pops in to a local bar

Perdy has become a regular visitor at a restaurant in the Lion Park where animals are allowed “access to all areas” and visitors are offered the chance to “exerience the thrill of being ‘up close’ with many of the wild animals” while munching on their burgers.

You can read the full article about Perdy the Giraffe here, or watch one of the videos below:

4. Instead of receiving a postcard from Fish Hoek that looks like this: 5. They’ve seen photos of an Elephant in the Room Photos were published around the world earlier this year when a baby elephant (named Tom) wandered away from its herd and into the garden of Thula Thula game reserve MD Françoise Malby-Anthony…where she and her staff rescued it and fed it before returning it to its mother. You can read more and see pics here.

So maybe it’s not time to dispel the myth just yet. Maybe, just maybe, we can admit that yes, sometimes…wild animals DO still roam our streets…and offices…and houses…!