Residents are currently being evacuated from farms and homes in areas of Somerset West in South Africa, and help is urgently needed – especially bakkies and horseboxes.

An alarm about the #Helderberg fire being out of control has been posted on social media, with calls for bakkies needed to help with evacuation in Sir Lowry’s Pass.

Wilderness Search and Rescue is asking the general public to help evacuate people in the Knorhoek Valley due to the fire in Somerset West.

Please contact the relevant authorities if you can help.

According to latest updates, the fire in Somerset West is out of control and helicopters have had to be withdrawn due to high winds and turbulence near the mountains.

Earlier today fire devastated Bezweni Lodge in Sir Lowry’s Pass Village, Somerset West; and tonight it has been reported that some homes in Wedderwill Estate have burned. Residents have been evacuated.

There are currently multiple fires burning in the Somerset West area, and with the Cape Doctor howling today… large clouds of smoke blew over Cape Town today creating an eerie but beautiful sunset.

A temperature drop did help the team to progress earlier, according to Greater Overberg Fire Protection Association and Kleinmond is now safe.

BUT according to Jacques Weber there is now fire on De Waal Drive. See video below. All services are on the scene. The South Easter is not relenting.

To assist the firefighters tackling the Somerset West fires, please drop off water and non-perishable food at Strand Fire Department.

Predicted temperatures for the next few days are in the late 20s and early 30s with a drop in winds tomorrow, but strong gale force winds expected on Thursday, and no rain in sight.

Our thoughts and prayers are with the brave men and women fighting these fires tonight. Thank you.

A pretty crazy #dewaaldrivefire in @capetown right up to the road @News24 @Abramjee pic.twitter.com/aEzyzGCnur

@wo_fire something for you to be proud of! Your people are amazing in their work! -> https://t.co/rJsSVCtYqF

Massive fire in the Helderberg, Western Cape out of control. More information at https://t.co/B88tlyGdAe for more news. pic.twitter.com/8saKZFEY6q

A busy day for fire crews across the city, Boland and Overberg, with fires in @Somerset_West, Grabouw, Oudekraal, Du Toitskloof, Kleinmond. pic.twitter.com/0bN1P7VNmn

From a garden in Somerset West Vergelegen Ave, the white flecks are ash #wildfire pic.twitter.com/LcZpFLtUJ3

#prayforHelderberg @vwsfires @Somerset_West we are praying for all of you and thank you for your bravery!! God bless!

This was the sky over Camps Bay earlier today caused by the fires in Somerset West. pic.twitter.com/5j3mQ2m7mi

Watch Video of Somerset West Fire 2017 in dedication to all the hardworking men and women out there tonight: 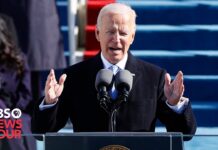 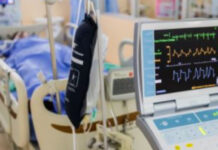 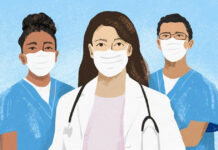