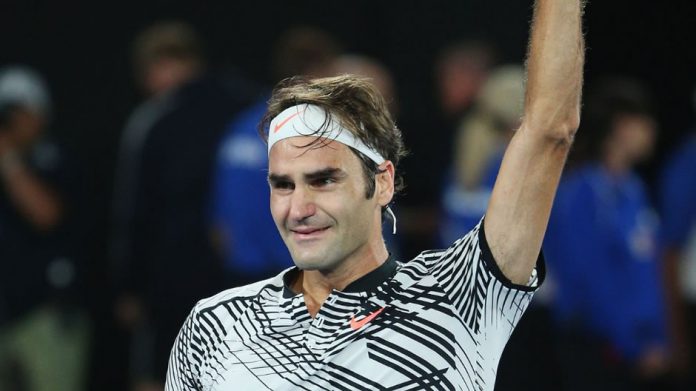 For the first time in five years Swiss tennis player Roger Federer (who credits his South African mother for much of his success) is a major champion again, after beating Spanish sportsman Rafael Nadal in an epic nail-biting five-set battle at the Australian Open.

Federer danced with joy when he realised he had won (watch below).

After the match he said of his longtime friend and rival, Nadal: “Tennis is a tough sport, there’s no draws but if there was I’d be happy to share it with Rafa tonight.”

Federer (35) claimed this – his 18th Grand Slam title – in his first major tournament after having been away for six months with injury.

According to the Australian Open website, this victory puts the 35-year-old at number 10 in the world… and makes him the first man in history to win five or more titles at three different Grand Slam events.

Click here for more about Roger Federer and his South African mother, Lynette, his Foundation and trips to South Africa.

Roger #Federer has defeated Rafael #Nadal in the #AusOpen 2017 final to bring up his 18th Grand Slam singles title. pic.twitter.com/0Y1kM79KIc

#Federer: "Tennis is a tough sport, there's no draws but if there was I'd be happy to share it with Rafa tonight."#AusOpen pic.twitter.com/PbmQObhoq4

For the first time in 5 years, Roger Federer is a major champion again. pic.twitter.com/um97wVCkDj

Good things come to those who wait. #AusOpen #Be18ive pic.twitter.com/nAdLaUiBJg

“Well done, congrats, I feel very happy for you.” #Nadal to #Federer. @RafaelNadal thank you for a terrific @AusOpen 2017 pic.twitter.com/NOVECgkVSk