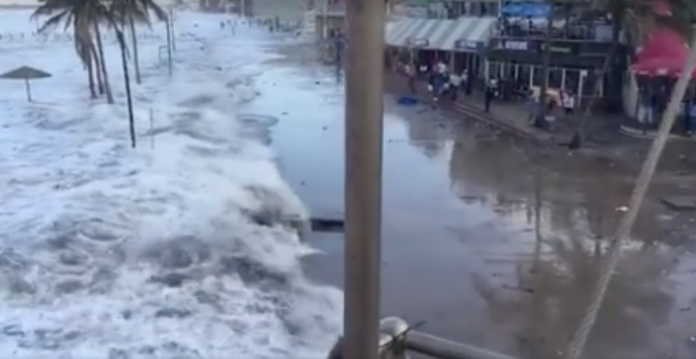 Craig took the video of the massive waves at North Beach, Durban… and said: “Big One just rolled through.” A little understated! Watch below as the crowd of tourists and locals can be heard screaming as they run away from the mini tsunami-like effect of the wave rolling over the promenade and all the way into the beach front car park!

Craig told SAPeople he’s been informed that the large surf is “part of the cyclone swell” brought on by powerful Cyclone Enawo which hit Madagascar five days ago, the strongest storm to hit the island in 13 years.