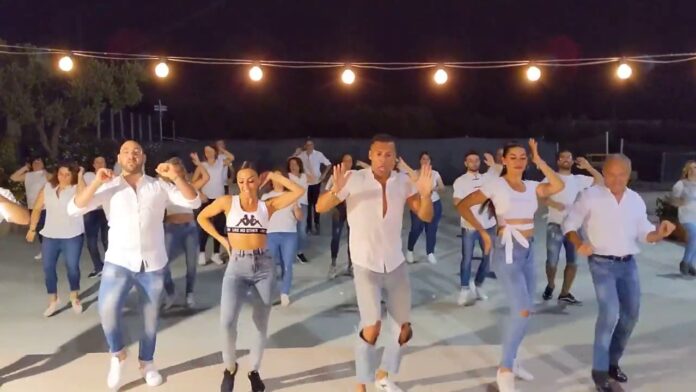 If you haven’t heard it yet, the song “Jerusalema” that has people around the world humming and dancing (#JerusalemaDanceChallenge), composed by South African Master KG and accompanied by vocalist Nomcebo Zikode, has been viewed more than 50 million times on YouTube. (See videos below.)

The Minister of Sport, Arts and Culture, Nathi Mthethwa, today congratulated Master KG and Zikode on the global success, saying they had used song and dance to unite the whole world. He added that the collaboration with Burna Boy, a Nigerian musician, “augers very well with the government’s programme of strengthening our ties on the continent.”

In a virtual meeting with Mthethwa today, Master KG said he was surprised when the song, released in December, reached one million views on YouTube after one week.

“I believe in my music, which I started way back in Tzaneen, Limpopo. That’s where I started to make beats and producing music. We’ve been getting a lot of international calls from people who want us to perform the song. We need our government to help us to make this possible,” he said.

Zikode said she’ had been trying to get a breakthrough in the music industry for the past 15 years.

“Things were not happening. God blessed me with this song. I had goosebumps when I listened to it,” she said.

A video posted by the Katlehong Kids a week ago

A video done by Brazil’s Turismo Seguro in May

A recent video by a dance duo in Italy, Vito e Stefania

A dance flashmob in Germany

An interview with Master KG and Nomcebo Zikode

“We are happy that you have put our country on the global map. You have