Google has today – Tuesday 27 April 2021 – published one of its famous doodles to celebrate South Africa’s Freedom Day. This year the search engine giant has selected the country’s national flower – the King Protea.

“On this day in 1994, South Africa held its first post-apartheid elections, which granted citizens—regardless of their race—an equal opportunity to vote for their national leaders.

The doodle is specially created for South Africans alone and is not visible anywhere else in the world.

Google said it chose the Protea as it’s a “symbol of South African identity and diversity, over 330 species of protea are found within national borders. The evolutionary origins of the protea trace back approximately 300 million years, making this ancient genus one of the oldest families of flowering plants found on Earth.”

Google said that Protea iconography is featured across South Africa, from passports to birth certificates, to the R5 coin and the name of the national cricket team: the Proteas. 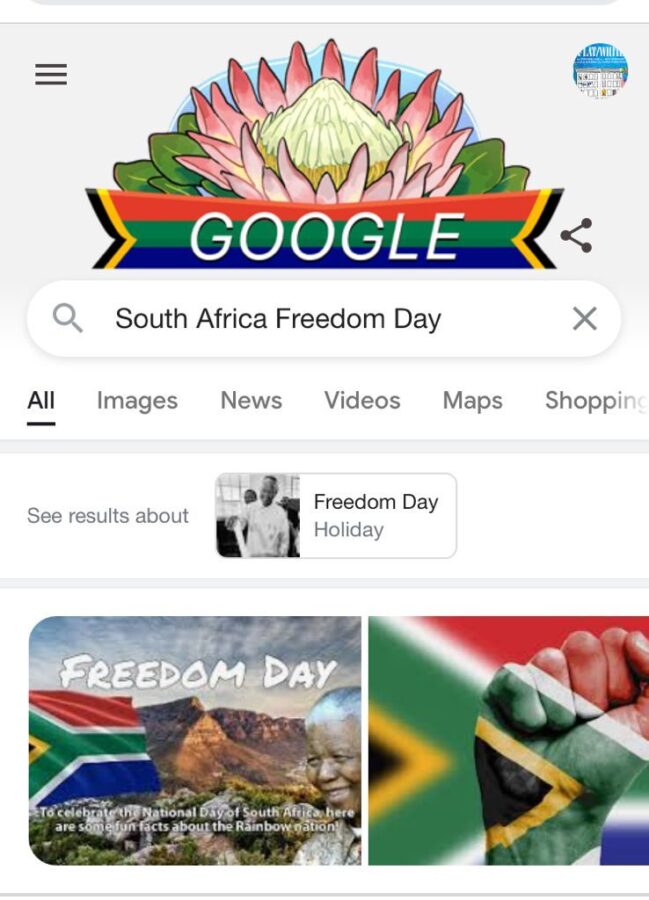 “Freedom Day honors all of the progress made since the historic 1994 elections, but today’s observances also remind South Africans of the ways they can continue to unify the great nation in the name of equality.