Hollywood star Tom Cruise was a great visitor to Hoedspruit. For a start he knew how to wave hello! This, surprisingly, is not a friendly gesture that everyone descending on Hoedspruit seems to know. So with the current influx of city-goers seeking out the wild and wonderful splendour of life in safari country, it’s time to lay down some ground rules… for everyone’s sake. And there’s nobody better equipped for the job than Gillian Leigh Soames, who resides at the spectacular Hoedspruit Wild Life Reserve. Here are Gillian’s guidelines to help you assimilate more seamlessly with the Hoedspruit locals…

1. Pull your droopy pants up. You look like an idiot.
2. Put your cap on straight, your head isn’t crooked. When you sit down to eat, take it off. It’s called manners.
3. Let’s get this straight; it’s called a ‘dirt road.’ No matter how slowly you drive, you’re going to get dust on your Mercedes. Drive it or get out of the way.
4. So you have a R950,000 car. We’re impressed. The farmers here have R4,5M farm equipment that’s only used 3 weeks a year.
5. So every person in Hoedspruit waves. It’s called being friendly. Try to understand the concept.

6. If your cell phone rings while a you’re on a game drive, we WILL shoot it out of your hand. You’d better hope you don’t have it up to your ear at the time (see #9).
7. We eat meat and potatoes here. However, the restaurants cater for all diets; lamb for vegetarians, chicken for vegans, and if you want sushi, you can get it at Fat Franks – it’s called biltong.
8. Telling someone that they drink like a girl is considered a compliment.
9. Oh yes, most people in Hoedspruit carry a gun – on their person; in the car, in the bakkie, on the tractor, on the game drive vehicle, in the house, in the shop, in the bar and in PostNet. You get the picture?
10. We open doors for women. That is applied to all women, regardless of age.
11. Daytime temperatures under 35˚C are considered cold.
12. Winter is on the last Wednesday of June.
13. You bring ‘coke’ into my house, it had better be brown, wet and served over ice.
14. You bring ‘Mary Jane’ into my house, she’d better be cute, know how to shoot, drive a bakkie, and have long hair.
15. Rugby is a religion here. Don’t think you’ll impress any of the ladies at Sleepers by telling them you’re a soccer player unless you want one of them to kick your overpaid, egotistical, scrawny butt down the stairs and into the car park.
16. Yes, we have a golf course. But don’t hit the water hazards – it scares the crocodiles.
17. Turn down that blasted car stereo! That thumpity-thump junk isn’t music anyway. And we don’t want to hear it anymore than we want to see your boxers. Refer back to #1.
18. We know it’s cute when the warthogs go into Pick ‘n Pay, or the likkewaan drinks water at the Great Outdoors, but leave them alone – they will hurt you!

19. Horses have right-of-way at the KFC drive-through.

20. We don’t have or need Woolworths, DisChem or Clicks. You moved here from the city for a small town life, not to bring the goddamn city to paradise. Get over it. Support the many other local businesses. 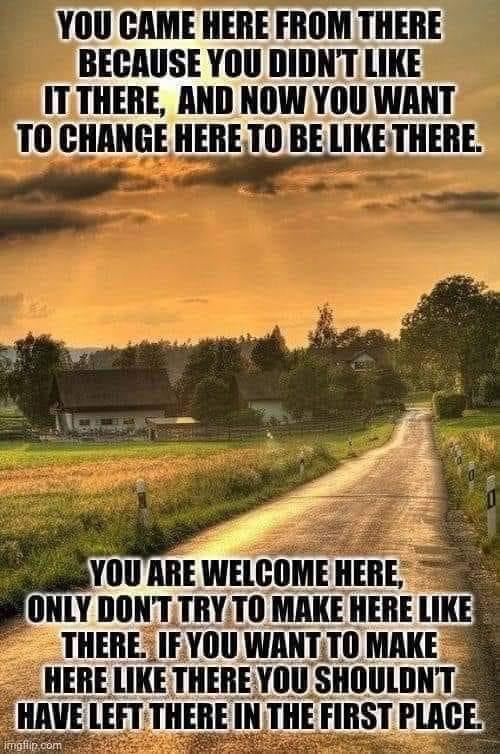