The Khoi people called Augrabies Falls in the Northern Cape ‘Aukoerebis’, which means Place of Great Noise. And in the last week or so of November, this famous landmark lived up to its name as an incredibly powerful flow of water tumbled 60m swiftly and dramatically from the rocky surroundings of the 18km granite abyss of the Orange River Gorge. Theuns de Bruin kindly captured these spectacular photos on Monday for SAPeople readers around the world to witness the sheer magnitude of the cascading water. 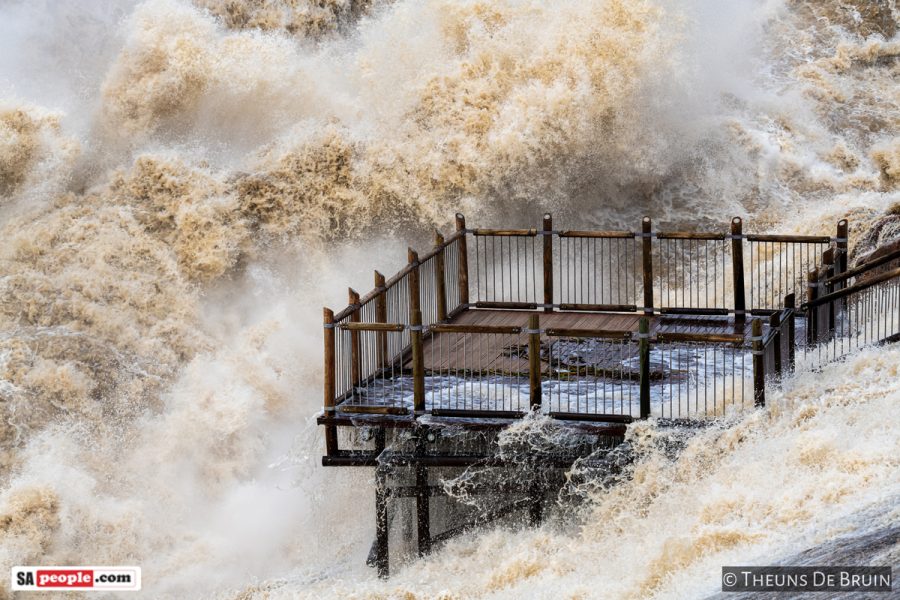 Theuns, CEO of Northern Cape Properties, lives on Kanoneiland between Upington and Keimoes, about 90km from Augrabies Falls. On 21 November he recorded this amazing video that went viral on social media. (Turn it up to hear the Great Noise.)

And on Monday he returned to take these dramatic photos: 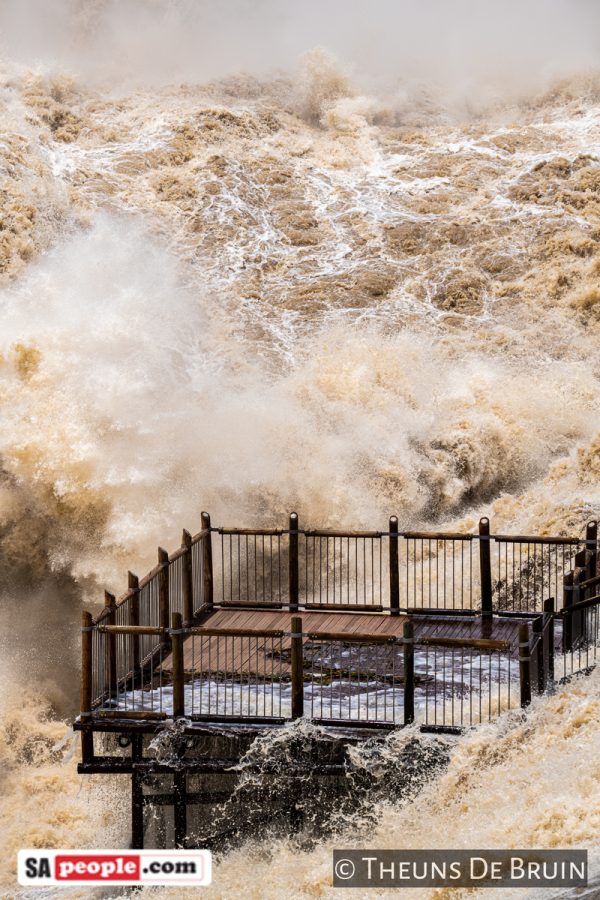 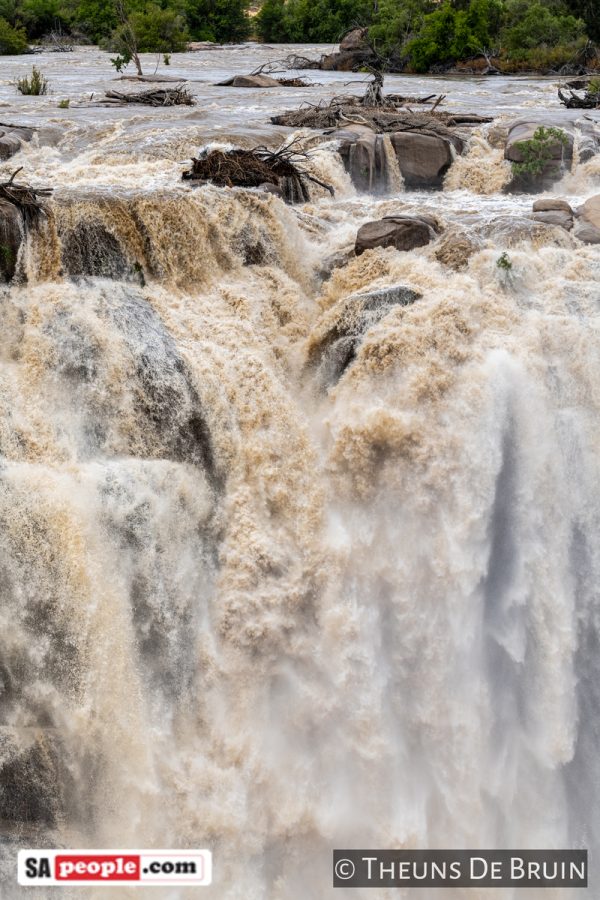 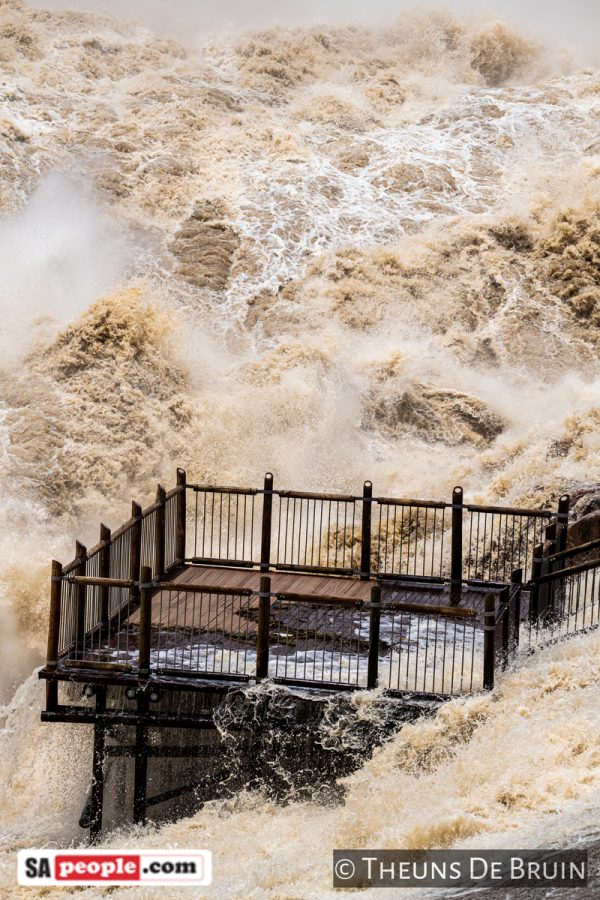 Earlier this year, the mighty Orange River caused a similar spectacle at the Augrabies Falls National Park when it increased to over 3000 cumecs (cubic metre per second). At the time, local town planner Len Fourie told SAPeople: “The Northern Cape is a very special place and can be harsh, beautiful, spectacular, cold and hot, and thus challenges everything in the human body.” He said of the Augrabies Falls that “if you stand there and experience the spectacle, then you feel small, humble and in truth nullified.” 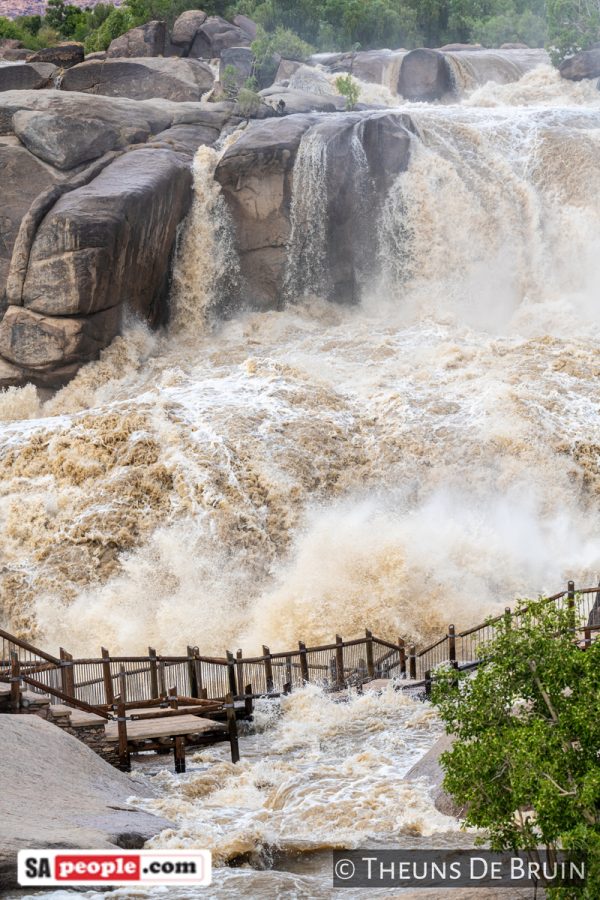 According to South African National Parks (SANParks) the 60m falls “are sacred to the Khoi who believe that a giant snake lives at the bottom of the falls. It is believed to be a powerful mythic creature with mesmeric eyes, shimmering scales and a huge flawless diamond on its head for a crown. Khoi and San (Bushmen) belief has it that this enormous jewel can bring you great happiness – if you could only outwit the snake. But if you fall under its spell, you’ll be captured in its shimmering scales and pulled underwater into the churning froth, gone forever.”

SANParks says it’s believed that no one has ever outwitted the snake, and while “it might sound like a quaint little Kalahari fairy tale, but to this day the Watersnake (Waterslang) commands fear. Its influence stretches over the whole of the Karoo and Kalahari, especially where the Orange and Sak Rivers flow. There are many people who say they have seen it.”