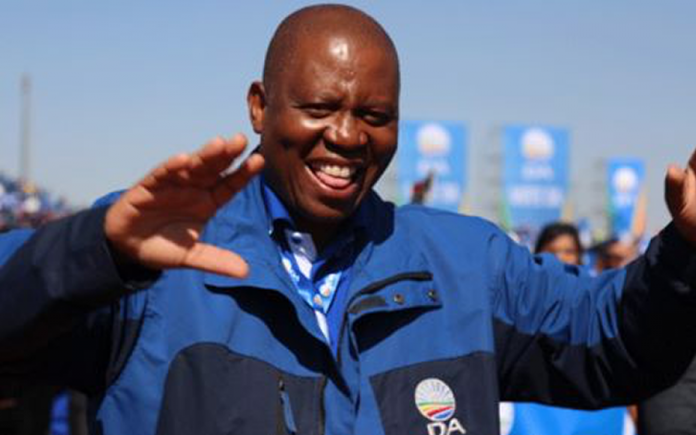 JOHANNESBURG – The Democratic Alliance’s Herman Mashaba has been elected as the new Executive Mayor of Joburg, replacing the ANC’s Parks Tau. On Twitter, DA supporters were already rejoicing before the official announcement, and even Wikipedia confidently updated their entry for the businessman before it was announced: Mashaba is a successful entrepreneur and family man, who founded the famous company ‘Black Like Me’.

Many have been inspired by his rags to riches tale – he was born in near-poverty in GaRamotse in Hammanskraal, and raised by his sisters while his absent domestic-worker mother worked long hours.

Mashaba sees his life’s purpose to help others find a ladder out of poverty.

During his acceptance speech Monday evening, Mashaba said his new team should understand the importance of public service and time, and vowed that as of this evening “corruption is declared public enemy number one in this city”. He also the unfairness of people living without toilets in a world class African city will be addressed.

He requested that his inaugural speech be postponed out of respect to the ANC councillor who passed away during today’s proceedings, but not before thanking the EFF leadership for “what you have done for this country”.

#Joburg: the hugs and near kisses that sealed it @IOL pic.twitter.com/A1VNTJprhO

RT @Hlengi: Mashaba walks over to EFF councillors, shakes hands, thanking them for their votes. ANC has lost another council to DA #Joburg

MT @Hlengi: DA councillors are dancing around a smiling Mashaba, who is expected to be announced as new city mayor shortly #Joburg

#Joburg: Herman Mashaba hugs EFF councillors. Results are yet to be announced. But celebrations are galore already. pic.twitter.com/db1FtCMab3

It's official, the DA's @HermanMashaba is the Executive Mayor of #Joburg Cut Corruption, Clean governance In ????? pic.twitter.com/0r4l3LsGre

They know themselves EISH.. #Joburg pic.twitter.com/IXHrPndEgx

We are on the lookout for the ANC in JHB #Joburg They vanished!! pic.twitter.com/xsKhNgx8mQ