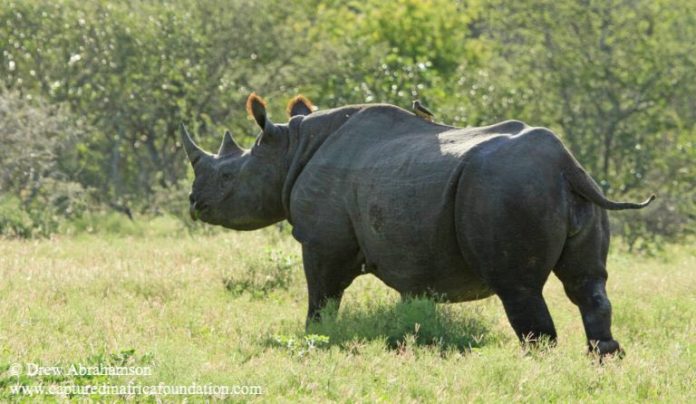 It’s not even full moon… and distressing reports have come in that as many as thirteen rhino have been poached in South Africa during the past 24 hours. (Update Friday 08h00 SA Time: the rhino poaching figure has been updated from eight to 13.) Captured in Africa (CIA) CEO, Drew Abrahamson, tweeted early Thursday evening: “ALARMING REPORTS from @Oscap_ that minimum of EIGHT #rhinos have all been POACHED in the past 24 hours. @environmentza losing battle!!”

Since then Allison Thomson, co-founder of Outraged South African Citizens Against Poaching (Oscap), has posted messages reporting that the figure has risen to 13 rhino poached across South Africa in the last 24 hours.

Earlier Allison said: “In the last 24 hours 8 rhinos have been poached and that does not include what is happening in Kruger or KZN which are also hot spots!!!”

Allison said there had been two in Limpopo, two in North West province and two in the Free State. She didn’t mention the location of the others.

Allison said: “I am not sure we have ever had such a bad 24hrs!”

Poaching atrocities have recently shocked the world – from the attack on staff and killing of rhino at Thula Thula Rhino Orphanage last month to the poaching of a 4-year-old rhino in a zoo near Paris this week… as well as the recent revelation of the poaching death of one of Kenya’s iconic Big Tuskers, Satao II.

But as easy as it is to want to give up, it’s at times like this that we must not… because the animals need us… and because there is hope, as described in former Thula Thula volunteer Megan Richard’s blog post “Be The Good”.